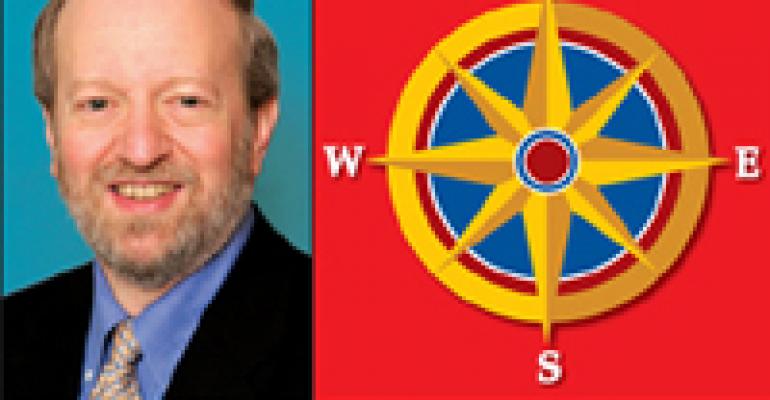 Stick a fork in it. It’s a done deal. Smith & Wollensky, one of the more highly regarded luxury-steakhouse brands in the country, finally has been sold for more than $90 million to a consortium consisting of Patina Restaurant Group principals Nick Valenti and Joachim Splichal and private-equity firm Bunker Hill Capital LP.

After what began earlier this year as a less-than-friendly takeover attempt of Smith & Wollensky Restaurant Group by Landry’s Restaurant Group in Houston, the process quickly swirled into a high-stakes bidding war between Patina and Landry’s, with Patina being cast as the white knight in the contest by SWRG officials.

Clearly, SWRG founder and chairman Alan Stillman favored Patina in the ownership tussle. Stillman has been friends with Valenti, Patina’s chief executive, for many years, and the Patina bid enabled him to buy back the company’s New York business interests at the extremely reasonable price of $6.9 million. The New York business includes ownership of Quality Meats and Park Avenue Summer as well as management contracts for the separately owned Smith & Wollensky steakhouse in Manhattan, the Post House and Maloney & Porcelli. Landry’s offer did not allow for any such generous buyback.

In the end Stillman got what he wanted, and his new company, Fourth Wall Restaurants, is off and running. Word has it that Landry’s didn’t fare too badly, either. In February, the company unloaded its 726,000 shares of SWRG stock for $9.13 per share, or a total of $6.6 million. Not too bad for a stock that never climbed above its 2001 IPO per-share price tag of $8.50 and for most of its public lifetime was mired in the $5 to $6 range.

But what about Messrs. Valenti and Splichal and their partners at Bunker Hill? And what is in the cards for Smith & Wollensky? Basically, everyone at Patina and Bunker Hill is pleased with the deal, Valenti reports, and near-term plans call for renewed expansion of the 30-year-old brand. He said two or three sites already are under investigation in major cities across the country, for both the big-box Smith & Wollensky units and its smaller spin-off, Wollensky Grill.

At the same time, the eight-unit chain’s new owners are exploring possible overseas expansion—particularly in Europe and Asia. A move to Japan would not be out of the realm of possibility, in fact. Valenti and Splichal formed Patina Restaurant Group last year with the giant Tokyo-based foodservice conglomerate Shidax Corp.

The Smith & Wollensky business will be operated independently from Patina’s upmarket holdings on the East and West coasts, although Patina—with its experience in the high-end segment—will manage the restaurants. To help operate the new company, the owners have named Michael Feighery vice president of operations and Louis Piuggi executive chef.

Valenti said Splichal and Piuggi are evaluating the menu to possibly add some new twists. For instance, they are weighing the addition of Kobe or Wagyu beef.