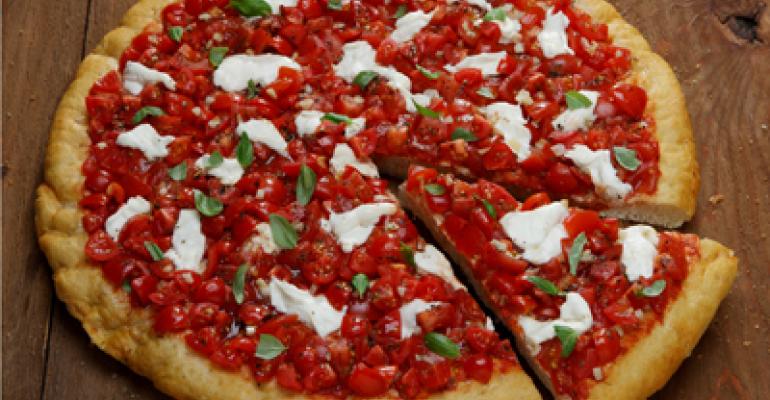 This 225-unit quick-service chain introduced its first “Sicilian” pizza in years as a limited-time offering on June 1.

Senior vice president of business operations Andrew Steinberg said that although the pizza isn’t actually Sicilian in style, that name resonated better with diners across the country than “focaccia.”

He added that the pizza is outperforming the other “Sicilian” they launched at the same time: jalapeño and pepperoni.

“I think one reason the Margherita’s doing well is that it talks to freshness, with fresh mozzarella and fresh basil. I think it’s really on trend for today,” he said.

So is using a geographical name in a menu item, as other chains have seen, such as Domino’s with its American Legends line, including the Hawaiian, the Memphis barbecue chicken and the Philly cheese steak; and Sonic Drive-In with the runaway success of its hot dog line that includes a New York, a Chicago and an All-American.

Although the LTO is set to conclude in 120 days, Steinberg said one of the pizzas might make it to the permanent menu.