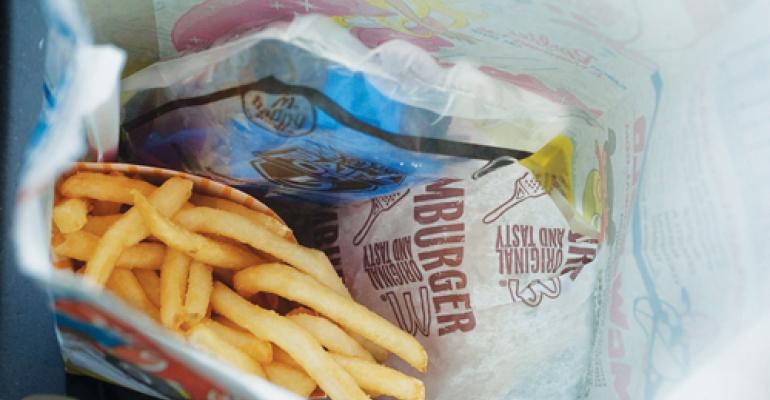 Board of Supervisors gives final approval to ordinance

San Francisco Mayor Gavin Newsom vowed to veto an ordinance prohibiting the use of toys and other incentives in restaurant kids' meals that do not meet specific nutritional guidelines, though he is likely be overridden by the Board of Supervisors.

Newsom, who will soon step down as San Francisco’s mayor to take his place as California’s newly elected lieutenant governor, issued his veto message Tuesday, shortly after the board voted 8-3 to approve the second reading of the law, which will become effective Dec. 1, 2011.

Last week, the board approved the first reading of the ordinance by a similar 8-3 vote, which represents the two-thirds majority needed among supervisors to override a veto by the mayor. Click here for the story.

“From encouraging salad bars and exercise in our schools to allowing use of food stamps in farmers markets, no city in America has done more to educate our children and encourage families to make healthier eating choices,” Newsom said. “We must continue to take steps to combat childhood obesity, a genuine health crisis in America, but this bill takes the wrong approach.

“Parents, not politicians, should decide what their children eat, especially when it comes to spending their own money,” he continued. “Despite its good intentions, I will veto this unwise and unprecedented governmental intrusion into parental responsibilities and private choices.”

Mar has said that prohibiting the use toys, trading cards and other incentives appealing to children to sell kids’ meals was an “issue of equity and social justice.”

That is so, Mar contended, because the foods often found in kids’ meals are “way too high in fat and sugar and calories” and sodium and thereby contribute to the higher-than-average rates of obesity and diabetes among low-income black and Latino children. That message was echoed by some of the parents, teachers and non-profit consumer advocacy groups who supported Mar’s efforts and agreed with him that such a law was needed to help counter the marketing might of large quick-service chains.

Those critics also contended the parents should be allowed to decide what purchases are best for their children and that the toy ban would not bring an end to the complex problem of childhood obesity.

“Credible and objective research demonstrates this proposal is unrealistic based on data showing that most children rarely eat a meal as detailed by the proposed ordinance,” Danya Proud, a spokeswoman for McDonald's, said last week after the first reading of the ordinance was approved.