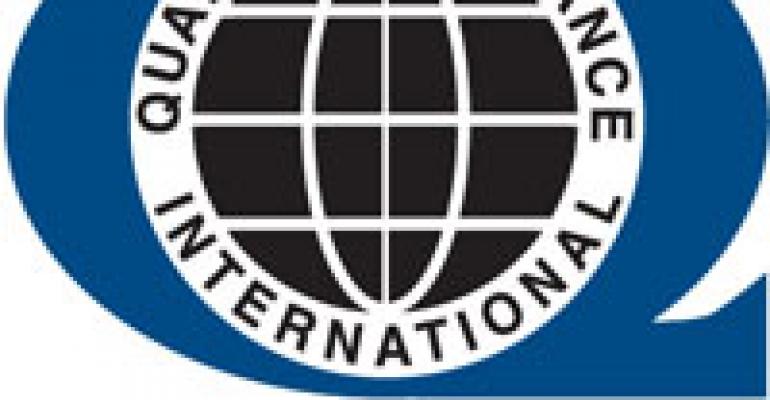 When New York’s B.R. Guest Restaurants. trumpeted the fact this June that it had become the first multiconcept restaurant company to earn third-party “green” certifications, corporate chef Chris Giarraputo said those badges showed that his company wanted to be a more responsible member of the community.

“It was a way to give back,” he says of the adoptions of the 11-step green guidelines of the Green Restaurant Association at 12 of B.R. Guest’s 18 dining outlets. The motivation to obtain the GRA’s validation also “came from our staff, which is pretty young, but they have a heightened awareness about the future of this planet and they asked us, ‘what can we do?’”

Similarly, a chain with a name like Organic To Go deemed it important to obtain a seal of approval from San Diego-based Quality Assurance International, officials of the 19-unit fast-casual chain and office-meal-delivery company said.

But while Organic To Go president Jason Brown says that earning QAI’s certification and logo was in keeping with the Seattle-based company’s mission identity, he also points out it was more than that.

“It’s very important because it provides immediate clarity and honor to what we do,” Brown says.

For 520-unit Coffee Bean & Tea Leaf, getting a GRA certification may mean saving as much as $750,000 in energy costs in the coming years, the Los Angeles-based coffeehouse company says.

“You do have to make an initial investment,” says Tami Clark, vice president of marketing and strategic alliances for Coffee Bean & Tea Leaf, the industry’s largest privately held specialty coffee and tea chain, “but very quickly it becomes apparent how you can save money by being a good environmental citizen.”

The rigors of earning the GRA’s stamp of approval have “been very palatable to take on, and financially it makes great sense. Plus you use less energy and ultimately save money,” Clark adds.

With regard to the third-party certification agencies that award a “green” or “organic” label, affiliated operators say they have come to trust in the agencies’ expertise, professionalism and standards, even though broad differences exist among the scope and priorities of the certifiers.

However, despite the apparent rush by some foodservice chains to gain validation from an emerging cottage industry of organizations that endorse restaurants’ green initiatives, there are no laws governing the groups’ standards or requiring that foodservice chains making “green” or “organic” claims obtain such certification.

Five years ago the U.S. Department of Agriculture created the National Organic Program, or NOP, to establish standards and practices for vendors, producers, farmers and supermarkets that wished to make “organic” claims. ome 55 companies, among them Quality Assurance International, formerly known as the National Sanitation Foundation, were accredited by the USDA’s organics program to certify businesses that want to sell organic foods, allowing them to display the verifying NOP seal as a consumer assurance. Yet certifying a restaurant with an NOP logo is exceptionally rare.

According to David Abney, general manager of QAI, certification by law is only required for vendors or grocers that make marketing statements about organic foods and generate more than $5,000 in organic food sales.

Abney said the law established steep penalties for misuse of the NOP logo by, for example, a restaurant’s display of that seal in connection with a misrepresentation of the origins of foods. But he says no such infractions in the foodservice industry are known to have occurred.

While certifiers like QAI are food-focused when reviewing an applicant’s purchasing history, vendor relations, storage practices and cooking techniques, the 17-year-old Green Restaurant Association of Boston looks more broadly at a restaurant’s total operating practices. Before operators get a GRA logo, they have to examine and modify where needed 11 practices, of which buying organic, sustainably grown foods is but one.

Other areas considered are energy and water use and conservation, recycling and composting, avoidance of toxic cleaning and chemical products, employee education and construction methods.

GRA executive director Michael Oshman says the average certification cost for the group’s nearly 320 clients is about $700 to $2,000 a year. Some pay as high as $3,000, he notes.

Oshman says it takes at least three months for the GRA to examine a company’s operations before it grants a green logo. But in B.R. Guest’s case that only took two weeks because of the myriad steps it had put in place beforehand.

The QAI’s Abney says his manufacturing and agricultural clients pay about $5,000 a year for organics consulting and the NOP label.

Urvashi Rangan, who heads the eco-label surveillance network of Yonkers, N.Y.-based Consumers Union, publisher of Consumer Reports magazine, says CU has taken note of the fact that some restaurants are seeking organic certifications even though the law does not require them to do so.

Rangan contends that the entire organic-food and green movements are rife with unscrupulous businesses that engage in “greenwashing”—new-age hucksterism in products marketed as green, organic or pro-environment when, in fact, they have none of those qualities.

She said greenwashing is particularly problematic in seafood retailing and foodservice, where some market “organic fish.” The federal government has deemed it a deceptive business practice to use the term “organic” for seafood since no such standards have been established.

While noting recent Walnut Acres/Roper ASW survey findings that 72 percent of Americans would choose a product labeled organic over a regularly labeled option, Organic To Go president Brown says that chains like his that want to be green should not focus solely on that goal to the detriment of fundamental business requirements.