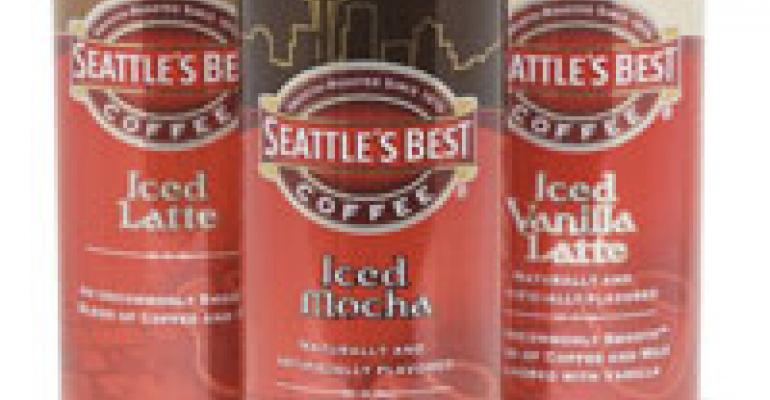 SEATTLE Following in the footsteps of its much-bigger sister brand Starbucks, Seattle's Best Coffee is set to enter the $1.4 billion ready-to-drink coffee category with a line of branded iced latte coffee drinks.

The drinks, which come in a can, will be available later this month in grocery, convenience and other retail stores in Arizona, California, Nevada, Oregon and Washington state.

Seattle’s Best has long offered packaged coffee in grocery stores, but the retail coffee drinks are a first for the company. The new products are the result of a joint venture between Starbucks and Pepsi-Cola North America Beverages, which has been dubbed the North American Coffee Partnership. The joint venture was also behind the debut of Starbucks’ bottled Frappuccino drinks in 1994, as well as the coffeehouse giant’s subsequent Doubleshot products.

“We are well-positioned to continue the growth of Seattle’s Best Coffee by broadening our overall portfolio and awareness in new channels, bringing new customers to the brand,” said Michelle Gass, a former Starbucks marketing executive who was recently appointed president of Seattle’s Best. She also holds the position of interim president of Starbucks’ Global Consumer Products and Foodservice division.

The new products will include Iced Latte, Iced Vanilla Latte and Iced Mocha flavors and have a suggested retail price of $1.49 per can or $4.99 for a four-pack.

Seattle’s Best operates and franchises more than 550 cafes and kiosks. In addition, the company supplies coffee to an estimated 15,000 restaurants, college campuses, hotels, airlines, cruise lines and other foodservice operations. The brand is a division of Seattle-based Starbucks.