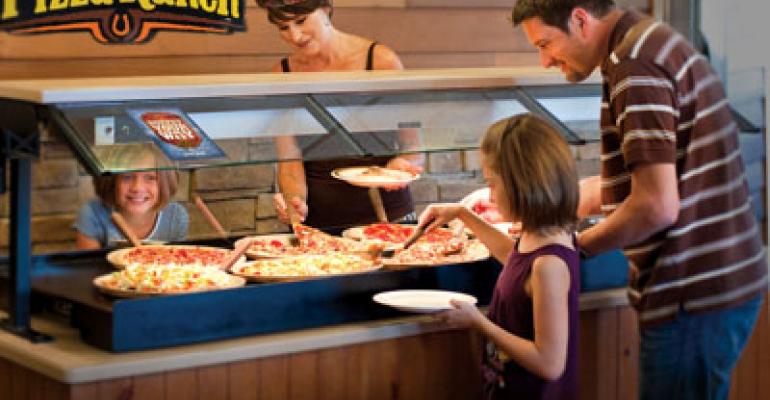 As the 2012 presidential race heats up for Republican hopefuls seeking their party’s nomination, foodservice operators throughout the state of Iowa already are reaping the benefits of the nation’s biggest political contest.

The bellwether Iowa caucuses are still eight months away — the event will take place Feb. 6, 2012 — but local restaurants like Pizza Ranch, which has 68 locations in the state, are being viewed as prime venues for staging political rallies and events.

Adrie Groeneweg, founder of Pizza Ranch said the 157-unit chain gets a significant traffic boost from the long campaign season because the restaurants’ community meeting rooms, which strive to create a “town hall” setting all year, host hundreds of voters who may not be regulars.

“The biggest benefit we get is when it brings in people that aren’t normal customers,” he said. “When they get into our places and see things they like, the quicker they come back. We do staff up with extra people, because we want everything about the experience to be just as good as it can be.”

Some of the events serve food, Groeneweg said, “but for a lot of them, it’s just coffee and pop. What we really like about the events are, any time you get people in your doors, especially somebody that’s not used to coming in, we can get them to come back.”

Aside from a little additional labor cost, the traffic lift from candidate events comes with little incremental investment from Pizza Ranch for marketing, Groeneweg said.

“The towns and the candidates do the advertising to get people in for the events,” he said. “A lot of times, they have people on staff who remember that this Pizza Ranch in this town worked great, the next town has one, and then it gets automatic. Our state’s political organizers know to come to us by now.”

Groeneweg does not expect a big drop-off in campaign-related traffic compared with 2007 and 2008, when both the Democratic and Republican fields for president were wide open. Because he is not likely to be challenged in the Iowa caucus, President Barack Obama probably won’t be in Iowa as much as he was four years ago, Groeneweg said. But the competition among the eight declared Republican candidates so far will give Pizza Ranch plenty for which to plan, he said.

“Democrats, Republicans — it doesn’t matter,” he said. “Our areas are pretty Republican, but Democratic candidates still fill the rooms. In a lot of our towns, which mostly have 20,000 people or less, these are really famous names coming through that people don’t often get to see.”

He also emphasized that campaign season is not the only time Orange City, Iowa-based Pizza Ranch serves as the town hall for the communities in Iowa or the eight other states where the brand trades.

“Another neat thing is that our name gets out there on the big networks,” he said. “A lot of people from California may never have heard of us, but then the news networks cover the Iowa campaigns and call it the ‘Pizza Ranch Run.’”