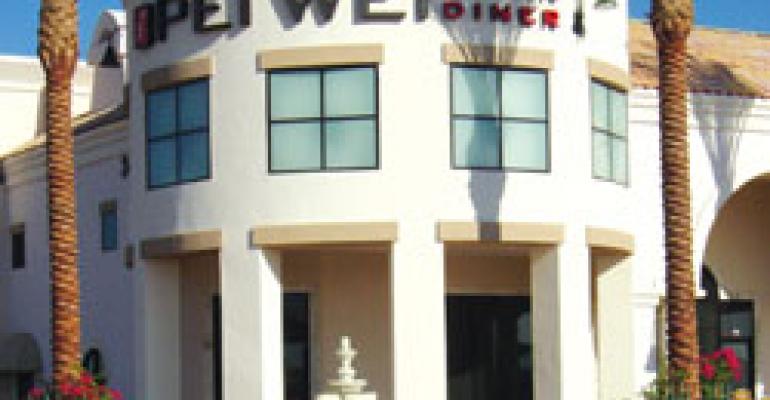 Smaller restaurant chains seem to have found the formula for competing successfully against larger, national rivals, who continue to struggle to differentiate themselves from one another, according to two recent brand studies.

The highest customer satisfaction ratings in Sandelman & Associates’ 2007 Quick-Track Awards of Excellence went to smaller, regional chains, while the 2008 Brand Keys Customer Loyalty Engagement Index revealed that consumers find it difficult to distinguish one national brand from another.

The 144-unit Pei Wei Asian Diner, a fast-casual division of P.F. Chang’s China Bistro Inc., was rated first in excellence among consumers in the study by Sandelman, a restaurant research company based in San Clemente, Calif.

“This is the ninth year we did this. Every year we keep hearing that you don’t have to be a big chain to get the highest ratings,” said Bob Sandelman, founder and chief executive of the firm.

The Brand Keys study, which measures customer relationships with brands, found that McDonald’s and Subway are tied for first in meeting or exceeding customer expectations. In the past, McDonald’s never ranked first in the quick-service category.

Although McDonald’s surge to the top is good news for the chain, it means that Subway—like Domino’s and Papa John’s—may be losing its ability to differentiate itself.

That’s what happens when one chain ties with another, said Robert Passikoff, founder and president of New York-based Brand Keys.

“What’s happening is that consumers are taking over the categories, in terms of what is actually driving loyalty and purchase,” Passikoff said.

In the coffee category, consumers are feeling less loyal to Starbucks but more so to McDonald’s. For the first time, McDonald’s entered the category and finished second behind leader Dunkin’ Donuts. Starbucks, which was ranked second last year, dropped to third, and Krispy Kreme Doughnuts fell to fourth place.

There’s a simple reason that McDonald’s is finally considered a coffee brand, Passikoff said: “Now they have a decent product.”

“The top three chains in each of the food attributes are chains in the top 10 overall,” Sandelman said.

Fifty-nine percent of respondents who recently visited Pei Wei rated their last visit as excellent. That is the highest “excellent” rating among the 138 quick-service chains Sandelman monitored in 2007.

“People can put up with slow service and a long drive-thru line or a nonsmiling order taker,” Sandelman said.

The 92-unit Imo’s Pizza, based in St. Louis, sells pizza completely covered with toppings from end to end to differentiate its products from those of from national chains.

Subway was ranked first in the Sandelman study for offering healthy and nutritious food, but the Brand Keys research indicates that McDonald’s menu of more healthful options pushed it into a first-place tie with Subway.

Subway always has been noted for its menu variety, Passikoff said, but McDonald’s has introduced salads and other options “that take them out of the burger and nuggets category.”

“The variety and the choice and health and value are just becoming more important to people,” Passikoff said.

The factors that drive customer loyalty can change from year to year, and the brands that don’t recognize the changes become “category placeholders,” which are brands that can’t distinguish themselves from competitors, Passikoff said.

In the pizza category, for example, brands have to move away from just serving “hot carbs in a box” to adding value through new products or side items, he said.

“The extras have moved up in importance,” Passikoff said.

In nearly all of the 57 categories that Brand Keys tracks, “the category drivers have changed entirely,” he said.

Unfortunately, “most of the brands don’t have a clue” that what they did last year to improve brand loyalty won’t work this year, Passikoff said.

And as smaller chains continue to excel at the attributes consumers consider extremely important, the chains will prove that “you don’t have to be big to be loved,” Sandelman said.