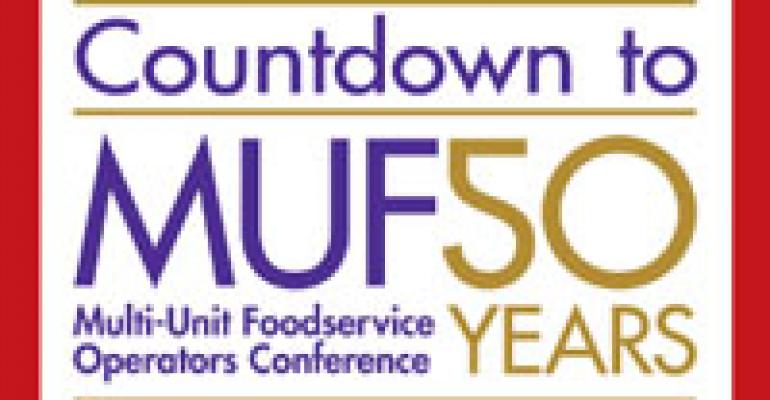 During the last five decades, MUFSO attendees have had the opportunity to listen to hundreds of the country’s best and brightest as they shared their observations about business in general and the restaurant industry in particular. While speakers often addressed specific issues of the day, much of what they said proved to have broader, more enduring applications. The following quotations give some hint of the kinds of ideas that were expressed by participants of the various MUFSO events around the country.

“I needed a job when I was let go from Time-Warner, and it’s hard to find employment when you’re 62 years old. But I was drawn to [the restaurant] industry because I saw there were only two kinds of people in it—the quick and the dead.”—Ted Turner, Ted’s Montana Grill, 2002, Atlanta

“Blind adherence to growth is as uncommendable as stagnation, but growth that increases productivity, growth that fosters more demand, should be sought and encouraged.”—Sam Battistone Jr., president, Sambo’s, 1976, Philadelphia

“At Wendy’s everything is a team effort. The first two letters of the company are WE. The first guy who comes long with ‘I,’ ‘I,’ ‘I,’ then I get to fire him.”—Jim Near, chairman, chief executive, Wendy’s International, 1993, Los Angeles

“It’s tougher to stay on top than to get to the top, because everyone wants to knock you off of the mountain.”—Don Shula, former head coach of the Miami Dolphins, co-owner, Shula’s Steak House, 2004, Los Angeles

“[Competition has forced chains to] tone up our skills, targeting against the consumer in a particular dining experience. Before A&W had much competition, we didn’t really care who our customer was as long as he came in and bought the burger.”—James C. Doherty, president, A&W International, 1978, Kansas City, Mo.