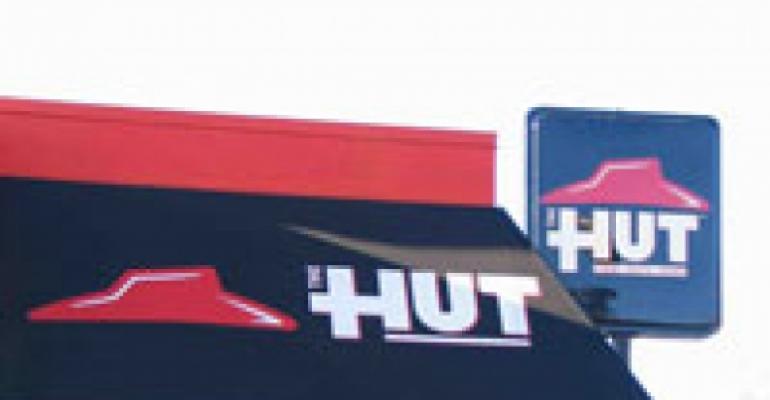 DALLAS Pizza Hut is testing new signage in several markets that truncates the restaurant’s name to “The Hut.”

The new signs and back-lighted awnings feature "The Hut" name in bold, chunky white-on-black lettering. Chris Fuller, a spokesman here for the pizza subsidiary of Yum! Brands Inc., said Monday the new trade dress is being tested at concept restaurants in Dallas as well as several other markets. Several variations of “The Hut” have been in test since late fall, he said.

Systemwide, the company has already rolled out new red pizza delivery boxes that feature "The Hut" name. The new boxes, which are made from 40 percent recycled materials, were introduced earlier this month when Pizza Hut said it would begin using all-natural ingredients in its food.

Employees of units have long called their Pizza Hut units “The Hut.” With the company’s introduction of pasta to the menu last year, the company briefly changed the name of the chain to "Pasta Hut" in a tongue-in-cheek marketing move.

Pizza Hut, a subsidiary of Yum! Brands, based in Louisville, Ky., operates or franchises more than 10,000 units worldwide, including more than 6,000 in the United States.