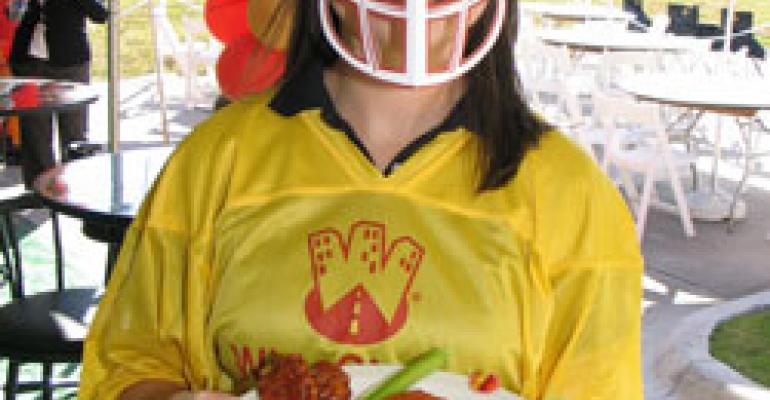 FRISCO Texas Pizza Hut is making a nationwide push for its sister concept, the six-year-old WingStreet, with a goal of having the brand in 85 percent of domestic Pizza Hut stores in two to three years.

With about 2,900 WingStreet locations already paired with Pizza Hut units nationwide, the goal is to have more than 5,000 WingStreets. Pizza Hut has about 6,200 domestic locations.

Scott Bergren, Pizza Hut's president and chief concept officer, discussed the WingStreet expansion, which is being supported with national television ads, during a hunger fundraiser Monday at a unit in Frisco.

Click here for a slide show of photos from the event.

“We’ve accelerated the growth,” said Bergren. “I think we can do a thousand a year.”

Bergren noted that average checks have increased at Pizza Hut units that have added the WingStreet concept.

Mike Baird, the owner of Progressive Pizza Partners and franchisee for the suburban Dallas location where Monday’s fundraising event was held, said wing sales have been sizable at his 5,000-square-foot, 200-seat location, which offers dine-in, delivery and drive-thru service.

The push to add wings at more Pizza Hut locations follows the chain's rollout of its Tuscani pasta line, which Bergren said has become a $500-million-a-year business for the company, with expectations for further growth.

“There are very few companies that can provide this many points of distribution,” Bergren said.