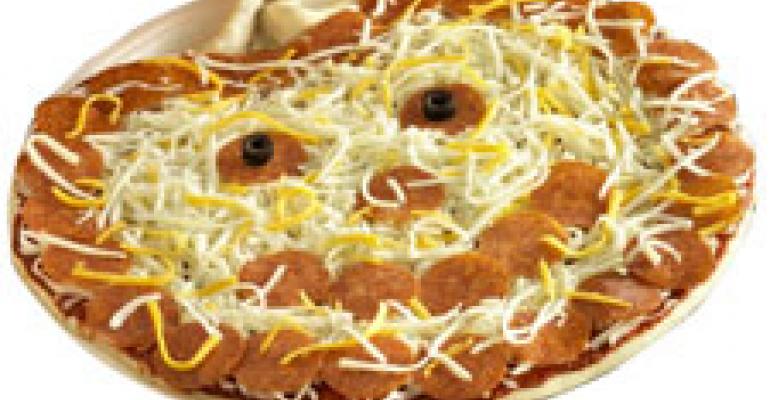 LOUISVILLE Ky. With grim economic news making Halloween extra scary this year, many pizza chains are hoping to entice customers with deals and other treats on what is traditionally one of the segment's busiest nights.

Papa John's, which said it expects to sell more than a million pies tomorrow, is promoting two of its specialty pizzas. The Zesty Italiano and the Tuscan Six Cheese are priced for a limited time at $12.99 for one large pie or two for $10.99 each. Papa John's, which is based here and has around 2,700 U.S. units, said the deal is good through Nov. 23.

Take-and-bake pizza specialist Papa Murphy's has brought back its Jack-O-Lantern Pizza for the second Halloween in a row. The pizza, which is topped with pepperoni arranged to resemble a jack-o-lantern, was a huge hit last year, Papa Murphy's said. A spokeswoman for the 1,000-unit chain said the large Jack-O-Lantern Pizza sells individually for $7.99 or as part of $12.99 party pack. The "Scream of a Deal" combo features the seasonal pizza, cookie dough and a 2-liter Pepsi product. Prices vary by location.

Domino's, meanwhile, is inviting people to treat family and friends to a gift card. The nearly 9,000-unit chain said customers can go online to order the gift cards, which can range in value between $5 and $100, and have them delivered with a personalized message. Domino's also forecasts a busy night on Friday and said it expects to deliver more than a million pizzas nationwide.