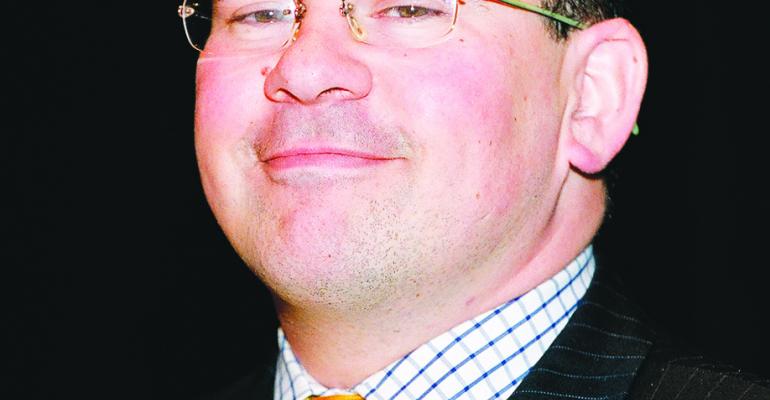 Pastry chef Yosses, not such a classicist

The May 12 issue of The New York Times ran a nice profile of The White House’s pastry chef, Bill Yosses.

It wasn’t a news story — Yosses has been at the White House since the Bush administration — but it painted a picture of a man who responded with alacrity to first lady Michelle Obama’s declaration that desserts at family meals would be an occasional treat rather than the norm. Some parts of that picture, however, gave me reason to pause.

The reduction in family desserts was part of Mrs. Obama’s  anti-obesity initiative, and it wasn’t like it threatened Yosses’ job. Morning pastries still had to be made for the West Wing, and there are still the tens of thousands of Christmas cookies to be made, along with treats for state dinners and assorted other festivities.

I’ve met Yosses once or twice — most notably at the 2007 opening of Sweetgreen, a fast-casual restaurant with a big focus on using local products. It was a big opening for a little place. Not only did they get the White House pastry chef to show up, but also the Swiss ambassador.

I attribute that to the fact that one of the restaurant’s young owners was the son of the former owners of La Caravelle in New York. His mother knew the Manhattan restaurant scene well, and Yosses worked in New York for many years, most notably with David Bouley but at other places, too. She also had a Swiss passport.

I’ve also included Yosses’ desserts in a number of food trend pieces, so I was surprised by a passage in the Times article about his culinary style:

“He might play with a little agar-agar (to set finely chopped rhubarb into a soft gel) or crystallized vitamin C (to preserve the green of an herb purée), but he has generally kept to a strong French backbone of flavor profiles. In his work, chocolate remains paired with hazelnut; pineapple with lime.”

French backbone, really? I mean, certainly his pastry roots are French, but I’ve always thought his style was a bit more cosmopolitan than what the article describes, and he has spent a significant amount of time in Southeast Asia, which is reflected in his style.

I guess it’s true that he doesn’t get completely crazy with weird flavor combinations, but back in 2006, when he was a partner in a Vietnamese restaurant called Boi, he made a dessert of coconut tapioca garnished with diced mango, toasted coconut and pomegranate molasses. Also in that dish were basil seeds that were hydrated in warm water steeped with vanilla bean, star anise, cinnamon and lemon grass.

Sounds tasty, but not so French.

When he was at Citarella in New York in 2002, he made a gelatin out of the supertart juice of the Philippine citrus fruit calamansi. He froze that in a madeleine mold with an orange segment in it, and served that over warm coconut tapioca to give it an acidic spike. That dish was rounded out with coconut sorbet and a pistachio madeleine.

And even when he’s sticking to the French palette of ingredients, he gets whimsical. At Citarella he used a classic French combination — pears and Fourme d’Ambert cheese — but made up the name Pear Dauphinois for it. The name was a play on pommes dauphinoise, a classic potato dish.

Pear Dauphinois, on the other hand, was made by plunging paper-thin slices of pear into a 50-50 mixture of water and pear juice, spiked with vitamin C (to keep the pears from discoloring) and pear brandy (because why not?), and then layering them with the cheese to make a sort of dessert casserole, which he served with quince paste and almond biscotti.

I never tried the Pear Daupinois, but Yosses said it was a very satisfying end to a meal. While I have some issues with the Times’ description of his cooking style, I believe him.