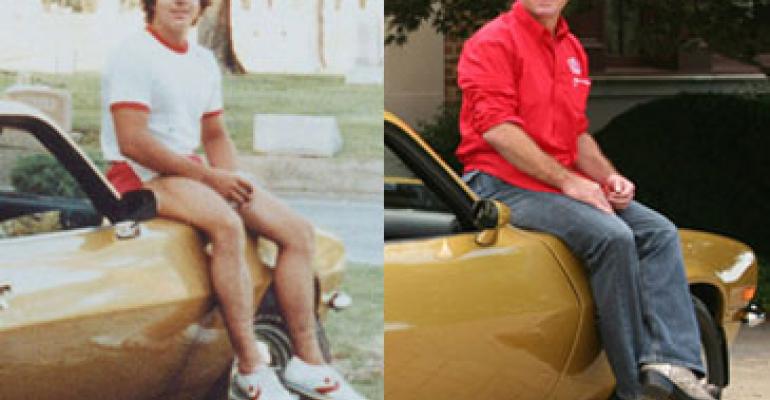 Papa John’s not only will pay a $250,000 finder’s fee to Flatwoods, Ky., resident Jeff Robinson — who produced the title to the car Schnatter sold 25 years ago to form Papa John’s — but the chain also will give away on Wednesday a large, one-topping pizza to anybody who owns a Chevy Camaro.

“The Camaro represents what I gave up to start Papa John’s,” Schnatter said. “Words cannot capture the emotions I am feeling in getting back that part of my history. I didn’t have much back then, but for my business dreams to come true, I had to part with the one true asset I had to my name.”

Schnatter’s search for his former ride formed the basis of a 12-city road trip to promote the “Papa’s in the House” ad campaign, in which he crossed the country in a replica Z28 Camaro and chronicled the whole trip on Facebook, YouTube, Twitter and the www.papasroadtrip.com microsite. Along the way, Schnatter rang the closing bell of the Nasdaq stock exchange, threw out the first pitch at games for the Los Angeles Dodgers and St. Louis Cardinals, and attempted a world record for the highest pizza delivery, taking pies up to the 103rd floor of the Willis Tower in Chicago.

In addition to paying the $250,000 finder’s fee to Robinson, who has owned the car since 2004, Papa John’s will give a $25,000 reward to the family that originally purchased the car and tipped off the car-enthusiast blog Jalopnik, which ultimately connected Schnatter with Robinson.

Schnatter said his decision to sell his beloved car in 1983 helped keep his father’s Jeffersonville, Ind., tavern afloat and form what would become Papa John’s, which today has more than 3,400 restaurants worldwide.

“The foundation of Papa John’s was built on my decision to sell the Camaro,” he said, “and while it may not appear to be a huge sacrifice to some, it represents my roots in this business. Perhaps it can serve as proof to others that hard decisions today can pay off for you later, if you’re willing to believe in what you are doing. I’m extremely grateful for the success of Papa John’s and really wanted this critical piece of our history back.”

Louisville-based Papa John’s also has made significant investments in its franchise community this year to commemorate its 25th anniversary. The nation’s No. 3 pizza chain has waived the normal franchise fee for new units as well as the first 12 months of royalty payments, and the company offered a $10,000 reward for opening new locations ahead of schedule.

Second-quarter revenue fell 2.4 percent to $276.6 million, which the company attributed in part to the sale of 62 company restaurants to franchisees in last year's fourth quarter. And domestic systemwide same-store sales rose 0.1 percent, the company said.