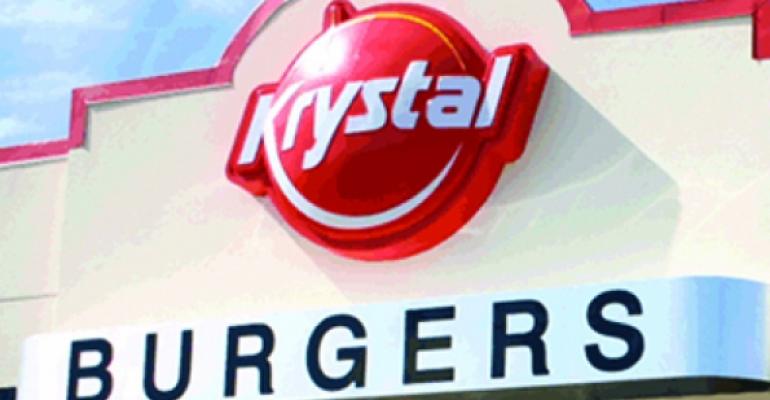 The Krystal Company is looking for a buyer for its 79-year-old Krystal burger brand, the company said Wednesday.

The Chattanooga, Tenn.-based company, which operates Krystal restaurants in 11 states in the Southeast, said it is exploring a sale of the quick-service burger concept that’s known for its iconic and inexpensive sliders.

“Having seen the company through significant growth since 1997, the board feels that now is the appropriate time to seek a new investor to help take the company to the next level,” Krystal’s chief executive Fred Exum said in a statement.

“This is an exciting time for the entire family of Krystal stakeholders, over 7,000 employees and our franchisees,” Exum said. “The target is to deliver an attractive exit for current shareholders who have been tremendously supportive over the past 14 years while also establishing a solid platform for our employees to further expand the brand by continuing to serve our loyal customers.”

Krystal generated systemwide sales of $401.0 million in fiscal 2010, a 3.2-percent decrease from $413.8 million in the previous year, according to Nation’s Restaurant News Second 100 census of chains and companies in the foodservice industry.

The number of company-owned and franchised units fell from 385 in the previous year to 366 at the end of 2010. The company currently has 364 locations.

Dennis Lombardi, executive vice president of foodservice strategies for Columbus, Ohio-based WD Partners, said potential suitors for the Krystal brand will be “more financial and strategic” than the current owners.

“It’s the type of brand that has some upside potential, and there is a lot of competition that has a lot higher attribute ratings from consumers,” Lombardi said. “Suitors will probably be a private equity firm that looks for untapped value. Part of investment profile will be enhancing brand strength.”

Lombardi said a private equity firm could be attracted to buying Krystal because so many of the chain’s stores are company-owned. That would allow a new owner to quickly and efficiently make changes at outlets in any particular market.

At the end of fiscal 2010, Krystal had 221 company-owned and 145 franchised locations, according to NRN.

Jeff Houck, a Tampa Tribune food writer who follows the burger scene, said Krystal is synonymous with low price, but does not have strong brand identification when it comes to quality.

“Consumers continue to clamor for better value and lower prices,” Houck said. “Right now, Krystal is the place for college kids or those on limited budgets to go for their late-night dining choices. When McDonald’s and other chains started offering dollar menus, Krystal was pressured on the low-end of the price-point scale.”

A chief objective of any new owner, Houck said, would be to change the public’s perception about the brand’s quality. If a new owner could accomplish that, Krystal could be a valuable acquisition, he said.

The first Krystal restaurant was opened Oct. 24, 1932, in downtown Chattanooga by founders Rody Davenport Jr. and partner J. Glenn Sherrill. Krystal ’s signature burger is its slider, which prompted many to consider Krystal the White Castle of the South.

Brad Wahl, Krystal vice president of marketing, declined to comments for this story.