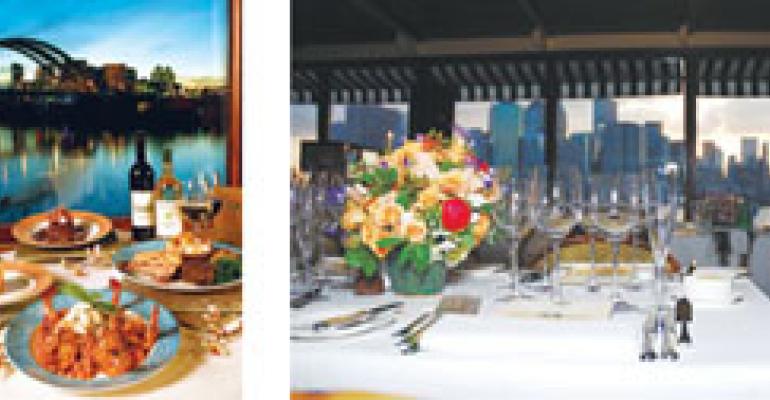 When it comes to rooms with a view, diners who make their reservations online have strong opinions about which restaurants are best.

OpenTable Inc., the San Francisco-based company that provides online reservation services for more than 11,000 restaurants nationwide, announced the Top 50 winners of its 2009 Diners’ Choice Awards for Most Scenic View.

“This list shows that no single state has a monopoly on scenic places to enjoy a meal,” said Caroline Potter, OpenTable’s dining expert. “The locations highlighted are as diverse as the views. From urban restaurants nestled atop skyscrapers to those that offer ocean-side tables dining along the Pacific, our diners have chosen 50 fantastic places that will inspire the senses.”

The list was distilled from 3 million reviews by OpenTable users in all 50 states and the District of Columbia. The list was scored between August 2008 and July 2009, the company said. For more information, visit .

Chart House, the division of Landry’s Restaurants Inc. of Houston, seems to have the most restaurants on the list, totaling nine. The other winners of OpenTable’s Best Scenic View Awards, listed alphabetically, are: