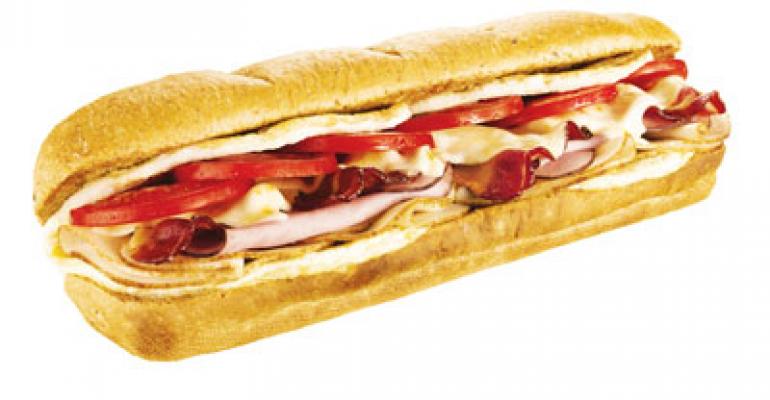 The breakfast/brunch daypart is presenting restaurant operators with an unexpected bright spot in a bleak economy and giving diners a less-expensive opportunity to enjoy a meal away from home.

While lunch and dinner business slipped during the recession, breakfast and brunch accounted for nearly 60 percent of the industry’s traffic growth over the past five years, according to research from The NPD Group.

From international chains such as Subway to Masa, a two-unit Southwestern restaurant group in Boston, breakfast and brunch sales are adding to the bottom line, helping to build brands and driving sales to higher levels.

Among the many chains jockeying for increased breakfast business in 2010:

• Burger King introduced a highly publicized line of new breakfast items.
• A Domino’s franchisee offered a breakfast pizza featuring eggs and cheese on a pizza crust for $7.99.
• Steak n Shake said it was planning to revamp its existing breakfast menu and include a burger topped with a fried egg.
• TCBY launched a test of breakfast and lunch “meal replacement” bowls, parfaits and smoothies made from non-frozen “fresh” yogurt.

Subway has offered breakfast for more than 15 years, but the chain began testing a more aggressive breakfast menu in 2009. The Milford, Conn.-based sandwich chain’s R&D project leader, Larry Varvella, said executives decided to launch the new menu nationwide in the spring of 2010 after observing increased sales at participating outlets and “significant [daypart] growth within the industry.”

“Our goal,” Varvella noted, “was to offer choices to our customers that ranged from ‘better for you’ to ‘indulgent.’ Plus, every sandwich on our menu is customizable. [Customers] can pick the type of bread, cheese, veggies, sauces, etc. and choose between egg whites — a new product for us — or whole eggs.”

Subway also added flatbread — already offered at lunch and dinner — to the menu.
After the launch, Subway operators began to register additional sales from new customers and continued growth. By offering the full menu in the morning, breakfast “essentially expanded lunch as well,” Varvella said.

Subway’s best-selling breakfast items include the “any” Egg Muffin Melt with a 16-ounce Seattle’s Best Coffee for $2.50, and the Western Egg White Muffin Melt, which contains 4 grams of fat.

Currently, Subway is “testing items that expand on all our offerings and will be offering several new items,” Varvella said.

“We also look at new ways to use our existing pantry of items. We have so many great toppings and sauces, our next ‘new’ news can very well be a great new combination of flavors that are already in-store.”

For Masa, which opened in 1999, brunch was added after the restaurant brought dinner to peak levels. But brunch service, offered only on Sunday, was by no means an overnight success, said partner and operating director Mohamed El Zein.

It wasn’t until the Fiesta Brunch, priced at $7.95 per person, was added on both weekend days that it took off, garnering a page one story in local press and awards for Boston’s best brunch.

“No one else was doing that price point,” El Zein said. “We added coffee and a complimentary basket of pastries and cornbread with a two-course brunch, and came up with a gazpacho-style Bloody Mary for $6.95.”

The strong brunch promotion finally reached a point where El Zein had to tell publicist Chris Haynes of CBH Communications to stop promoting it.

“I told him no more,” El Zein laughed. “We couldn’t handle any more customers.”
At Masa, brunch now represents 16.6 percent of total sales.