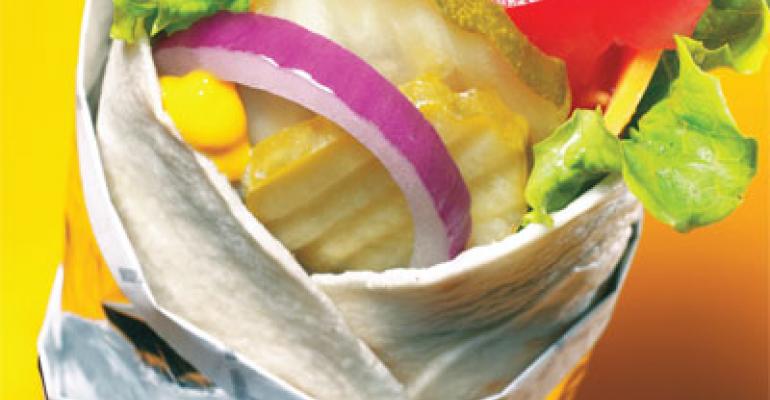 Chain operators are responding to consumers’ cravings for convenient, satisfying treats between meals by introducing a growing assortment of snack items.

Whether they’re seeking smaller portions, portability or value, consumers are flocking to these snack items, blurring the lines between dayparts, and creating opportunities to increase guest frequency and boost check averages as add ons to existing meals.

Snacking is “one of the few bright spots in the industry,” said Bonnie Riggs, restaurant analyst for Port Washington, N.Y.-based research firm The NPD Group. “I think you’ll see a lot more innovation coming in terms of snacks. Consumers want more choices.”
Snacking has been on the rise for several years, according to Chicago-based research firm Technomic Inc. A 2010 report from the firm said 55 percent of respondents said they snack at least once each day, and 21 percent said they snack more often than they did two years ago.

Major chains, particularly those in the quick-service segment, have responded to the trend by offering a wide variety of specially designed selections that are broadening the very definition of what a snack is. Hearty mini meals, such as sliders and snack wraps, as well as frozen yogurt and even nonalcoholic drinks, are driving sales in the late morning, afternoon and post-dinner hours.

In fact, menu items described using the words “snack,” “snackable” or “snacker” have increased 170 percent since 2007, according to research firm Mintel.

Since KFC first introduced its miniature “Snacker” selections about five years ago, quick-service chains have been cashing in on the mini sandwich craze; KFC’s sandwich, now available in four flavors, has spawned an army of mini sandwiches and wraps.

McDonald’s, for example, has continued to expand its Snack Wrap line in recent months. It now features more than half a dozen varieties, including three Angus beef versions. Last fall the Oak Brook, Ill.-based chain cited the Angus offerings as a key sales driver in the U.S. market.

Portable sandwiches, mini burgers and wraps also have appeared on the menus at Wendy’s, Dairy Queen and Jack in the Box, among others.

Meanwhile, beverage chains are encouraging snackers to get their between-meal fixes with coffees, smoothies and other nonalcoholic drinks. Starbucks, for example, last year began offering “Treat Receipts,” good for a discounted coffee drink after 2 p.m. on the day of purchase.