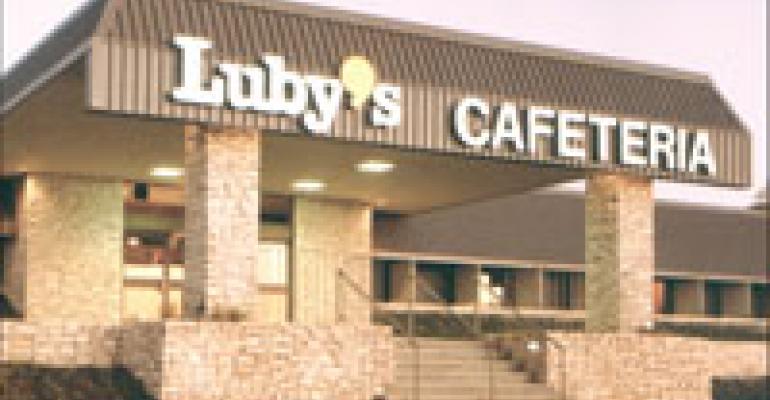 Asecond generation of activist shareholders has begun aggressively investing in the restaurant industry, opening up the possibility of shakeups at such companies as O’Charley’s Inc., Luby’s Inc., Steak n Shake Co. and California Pizza Kitchen Inc.

While some investors could merely be taking advantage of the recent drop in restaurant stock prices, others could be following in the footsteps of investors like Nelson Peltz and William Ackman, who successfully pushed for major changes at companies including McDonald’s Corp., Wendy’s International Inc. and CBRL Group Inc. Those restaurant corporations spent time, energy and money fighting and appeasing investors that publicly called for divestitures of secondary brands, large share repurchases and, in some cases, aggressive refranchising efforts.

At Luby’s, a Houston-based cafeteria operator, investor Ramius Capital Group LLC has garnered a 7.1-percent stake in the company, nominated four executives to Luby’s board of directors and hinted that it would seek to change some management members, including Chris Pappas, chief4150executive, and4150Harris Pappas, chief operating officer.

Ramius said in a Dec. 6 statement that the Pappas brothers, who also own and operate their own private restaurant group, Pappas Restaurants in Houston, “have limited capacity to identify and address issues facing Luby’s.”

In the midst of a proxy battle for the four open board seats on its 10-member board, which will come to a head Jan. 15 in Houston at Luby’s annual shareholder meeting, Luby’s this month urged shareholders to re-elect the current board members and to reject Ramius’ nominees. The board seats that the Pappas bothers hold, as well as two others, are not up for re-election. Luby’s operates about 130 namesake cafeterias.

“Ramius Capital is a New York City-based hedge fund and a notorious dissident shareholder activist,” Luby’s chairman, Gasper Mir, said in a Dec. 6 statement. “Ramius has little to no experience in the restaurant industry and is a short-term investor…[that] is pushing a financial-releveraging scheme.”

If Ramius’ nominees were elected to Luby’s board, Mir continued, it would enable the investment fund to pursue its “short-term, self-serving agenda to strip [Luby’s] of its assets and undermine Luby’s ability to continue executing its strategic growth plan.”

Luby’s defended its current strategic direction, which includes the closing of underperforming stores, targeted new-unit growth and the elimination of corporate debt. It also defended the Pappas brothers and cited that under their leadership Luby’s has returned to profitability, though in fiscal 2007 profit plunged 44.5 percent; eliminated debt; and now “has the financial strength to execute on its strategic growth plan.”

That plan includes the opening of 45 to 50 new cafeteria restaurants over the next five years, investment in existing restaurants, and expanding the Luby’s brand to health care facilities through4150such4150deals4150as4150that announced in August to provide culinary services to Baylor College of4150Medicine’s Texas4150Medical Center campus in Houston. Luby’s secured a new $100 million credit facility to further those goals.

Ramius, however, remains vocal4150about4150what4150it4150deems changes that need to be made at Luby’s. The fund wants the company to develop new marketing and branding techniques to differentiate the Luby’s concept and reverse the current “stale” advertising, improve same-store sales to at least a 2-percent growth rate, and maximize unit economics to improve returns.

The most contentious plan from Ramius is the suggestion that Luby’s undertake sale-leaseback transactions to fund shareholder returns. In July, Ramius partner Jeffrey C. Smith estimated the value of Luby’s owned real estate at between $206 million and $265 million. After executing sale-leaseback transactions, Luby’s could garner between $208 million and $244 million in cash, which could be used to fund share repurchases of Luby’s stock, or a onetime shareholder dividend.

Luby’s said it had evaluated the possibility of sale-leaseback transactions, but that it would cost the operator more to rent the properties than it would generate in income each year.

In another pending proxy battle, activist investor and Western Sizzlin Corp. chairman Sardar Biglari has increased to 8.6 percent4150his4150funds’4150holdings4150in Indianapolis-based Steak n Shake Co. The move was made directly ahead of Steak n Shake’s annual meeting in February, where Biglari and an associate have said they would seek board seats.

Biglari, who has pushed for change at companies including Western Sizzlin, Friendly Ice Cream and Applebee’s, has been pressing for reforms at 491-unit Steak n Shake since this summer, when he first disclosed he would nominate himself and a colleague to the company’s board. All Steak n Shake board seats will be placed before a shareholder vote at the company’s February meeting.

Other activists have yet to outline plans for their investments, and possibly never will. A bump in share price is perhaps all they are after, especially as their purchases were made during a steep decline in restaurant stocks. Most recently, restaurant stocks traded down in November along with both the Nasdaq and Dow indexes, according4150to4150Cowen4150and Company LLC research.

At Nashville, Tenn.-based O’Charley’s, activist hedge fund Crescendo Partners has spent a total of $34.2 million during the past three months to buy 2.27 million shares, or a 10.2-percent stake, in the restaurant company, according to securities records filed this month. The New York-based fund has said there was a possibility that it could take further action with O’Charley’s, including buying more shares, seeking board seats, or pushing for changes in capitalization or ownership.

O’Charley’s operates or franchises about 363 units under the O’Charley’s, Ninety Nine Restaurants and Stoney River Legendary Steaks brands. Like many casual-dining peers, the company has struggled with slumping profit, sales and guest traffic. Its stock price has fallen 29.5 percent this year, through Nov. 30.

“We welcome the investment by Crescendo,” O’Charley’s chief financial officer Larry Hyatt said. “We believe that they share our view that O’Charley’s represents a good investment opportunity.”

Crescendo most recently took a large position in trading card company Topps Co. Inc., which earlier this year agreed to a $385 million private-equity-led buyout. Crescendo had garnered a seat on Topps board and was against the deal, which closed in October.

Late on Dec. 10, New York-based BlackRock Inc., which states its assets under management4150at4150about4150$1.34150trillion, revealed through securities filings that it holds a 10.4-percent stake in O’Charley’s. The firm said the shares were purchased “in the ordinary course of business” and that it had no interest “changing or influencing” the control of O’Charley’s.

Farallon Capital Management LLC, a San Francisco hedge-fund manager, recently upped its stake in Los Angeles-based California Pizza Kitchen Inc. and said it might discuss the chain’s operations with CPK management but had no plans to acquire a controlling interest. In a December filing, Farallon said it held 1.56 million shares, or a 5.3-percent stake, which would make the hedge fund CPK’s third-largest shareholder.