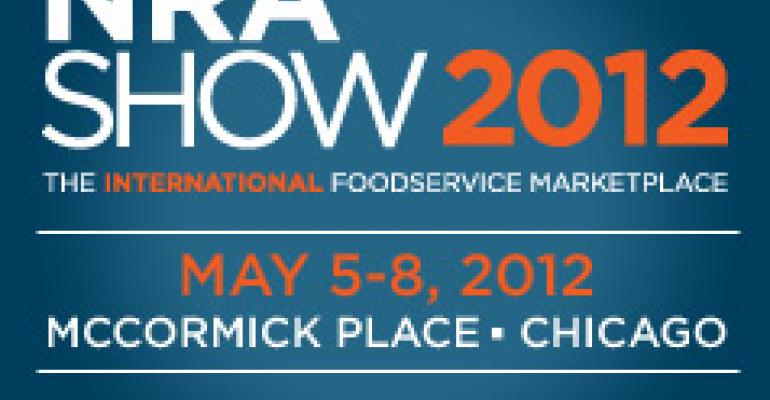 The National Restaurant Association will move up its trade show to avoid overlapping with the Global G8 and NATO Summit. Those events are set for May 15–22, 2012.

The 2012 National Restaurant Association Restaurant, Hotel-Motel Show was originally scheduled for May 19–22 but will now be in Chicago May 5–8, 2012. The concurrent International Wine, Spirits & Beer Event will move to May 6 and 7.

“The NRA’s primary goal is to provide our exhibitors and attendees an environment that is conducive to business,” said NRA president and CEO Dawn Sweeney.

Sweeney said discussions with the Chicago Mayor’s Office, the Chicago Convention and Tourism Bureau, and the Metropolitan Pier and Exposition Authority made it clear that the G8 and NATO Summit security and logistics requirements will significantly restrict movement within the city.

After carefully considering several options, the Association decided to keep NRA Show 2012 in Chicago but move it to earlier in May. “This will give the industry the best opportunity for a productive and enjoyable Show,” Sweeney said.

The NRA Show attracts more than 58,000 foodservice professionals each year, puts an average of $100 million dollars into Chicago’s economy, and creates more than 60,000 jobs in the city to support the Show. The NRA Show has been in Chicago for the past 51 consecutive years and is contracted to remain there through 2016.