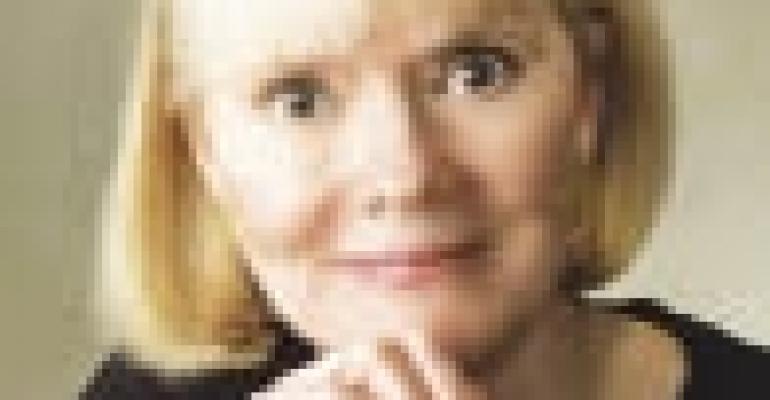 Kruse Report: Best of the foodservice industry at NRA Show

Cutting-edge ideas and products on display

It was one of those “aha” moments. Wylie Dufresne, chef/owner of WD-50 in New York City and a leading practitioner of molecular gastronomy, shared the stage with Dan Coudreaut, executive chef and director of culinary innovation for McDonald’s. The setting was the 92nd Annual National Restaurant Association Restaurant, Hotel-Motel Show in Chicago, and the topic was menu innovation. In response to a question on the creative process, Dufresne allowed that he learned a lot from McDonald’s and admitted to Coudreaut “You’ve done the work. The question is what can we learn from it.” It was a generous and openhearted confession that sums up the NRA Show itself, an exhilarating opportunity to sample and to share the best ideas and products the industry has to offer.

It’s all about authenticity. Real, authentic foods constitute a menu mega-trend in the making, and the show offered an early look at the myriad ways in which the trend is evolving. The show was chockablock with purveyors of foods grown on family farms, and there were ancient grains, single-garden teas and single-estate chocolates on offer as well.

Ideas are the currency of the industry. Ground zero for good ideas was the gallery that displayed winners of the NRA’s first-ever Food and Beverage Product Innovations Awards. Among items making the cut were telera rolls, a necessary but previously hard-to-find requirement for true Mexican sandwiches. Pizza scored twice, once for hand-stretched wood-fired crusts and again for whole-grain, stuffed-crust pies that meet standards for school lunch programs.

Ethnic food is more approachable. As the number of ethnic, especially Asian, booths has expanded over the recent past, showgoers might be forgiven for feeling a little overwhelmed. This year the focus was on making ethnic accessible. The theme of the Korean exhibit, for example, was Korean Cuisine Deconstructed, and that concept played out with demonstrations of pancakes, pickles and tapas.

Chefs are people, too. Celebrity chefs have become fixtures at the show, but rarely have they been as engaged or engaging. “Top Chef’ judge and restaurateur Tom Colicchio wowed high-school students with his tips and tricks of the trade, “Cake Boss” Buddy Valastro unveiled a custom cake created just for the occasion, and Gale Gand of “Sweet Dreams” stole the show when she gamely led a flash mob dance through some tricky choreography