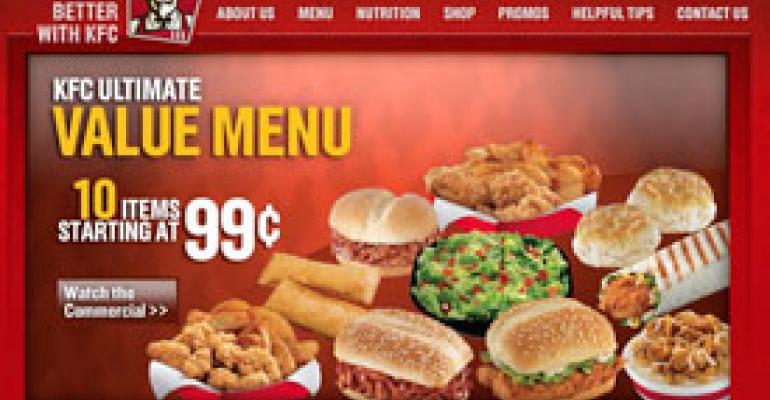 LOUISVILLE Ky. KFC on Tuesday rolled out its first national value menu with 10 items priced between 99 cents and $1.99.

"In these economic times, KFC understands that Americans crave great value," said Roger Eaton, the president of the 5,300-unit chain.

KFC's parent, Yum! Brands Inc., said late last year it planned to introduce a value menu as it works to boost sales at the chain. Those efforts have included a new ad campaign that highlights the freshness of KFC's chicken as well as the chain's trans-fat-free menu. And later this year, KFC has said it plans to roll out a new line of grilled chicken.

As consumers cut back on their restaurant spending amid the recession, more chains have introduced national value menus or combo meals for the first time. Sonic and Dairy Queen both recently launched value menus, and Starbucks on Monday detailed plans for its first national discount promotion with "breakfast pairings" for $3.95.