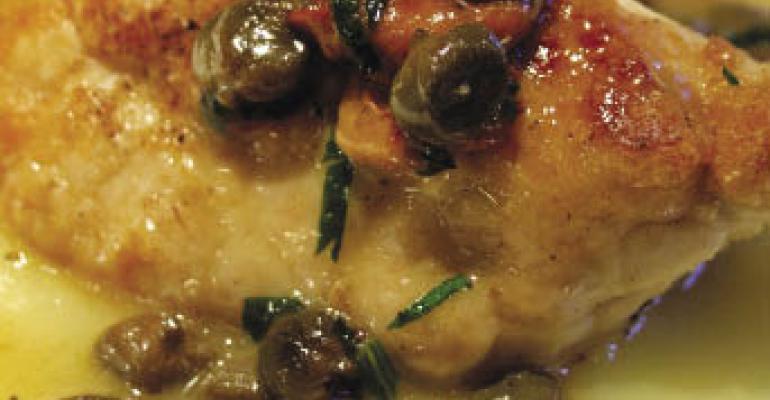 Cook potatoes and onions with cheese in a skillet, and you have frico caldo, a dish from Friuli on the Italian side of the Austrian border. Thinly slice raw swordfish and top it with an orange fennel salad, and you have Sicilian carpaccio di pesce spada.

“When I came to the U.S. in 1979, what people served as Italian food from south of Rome was not really Italian cuisine,” said Los Angeles chef and restaurateur Celestino Drago, who was born on the southern Italian island of Sicily.

Finding the balance between authenticity and practicality, and between educating customers and feeding them what they want, is a challenge. But a growing number of restaurants are giving it a try, according to menu research firm Datassential. In its database of more than 4,750 chains and independent operations, nearly 8 percent more restaurants featured Italian dishes that specified a region in 2010 than did in 2006.

Donatella, the newest restaurant of New York restaurateur Donatella Arpaia, gets very specific with the part of Italy it’s trying to represent.

Napoletano refers to food from the city of Naples, which is the capital of Campania, one of Italy’s 20 regions.

Donatella also features an all-Campania wine list, sometimes to the consternation of servers who must explain to customers why they don’t have Merlot or Chardonnay.

“One customer got up and walked out because we didn’t have Chianti,” Appell said. “He asked, ‘What kind of Italian restaurant doesn’t have Chianti?’”

That’s not to say that all of the food Appell serves could also be found in Naples.

“My sous chef and I like to play around with specials, but certainly [keep] in mind flavor profile and seasonality of ingredients.”

Emulating Neapolitan rotisserie rabbits and turkey legs, Appell makes a spit-roasted poussin, which his customers can relate to more easily.

When Drago started introducing authentic Sicilian food to the customers at his eponymous Santa Monica, Calif., restaurant in 1991, he did it with an insert of six rotating dishes, such as spaghetti with sardines and fennel, and sweet-and-sour rabbit.

At La Tavola Trattoria in Atlanta, executive chef Craig Richards limits his focus on authenticity to a springtime celebration called La Grassa — a nickname for Bologna, whose cuisine he highlights for that week — and an early autumn festival of the cuisines of Tuscany and Umbria called Abbondanza.

Richards said the festivals serve three purposes: They bring in diners, they form bridges between the restaurant’s seasonal menus, and they let him test dishes.

Often the La Grassa dishes are inspired by Bologna and the surrounding region of Emilia Romagna, and don’t perfectly emulate dishes from the region’s restaurants and cookbooks.

But as Donatella’s Appell puts it: “In the end, most people don’t really care so much about the specifics of the culture of the cuisine you’re trying to emulate. They want good food that, for the most part, they’re familiar with.”

New items at Italian chains in the fourth quarter of 2010:

Baked Penne Stefano — multigrain penne tossed in a spicy Bolognese sauce with crumbled chicken sausage, onions, garlic and fresh herbs, then topped with provolone and baked in the brick oven. $9.99