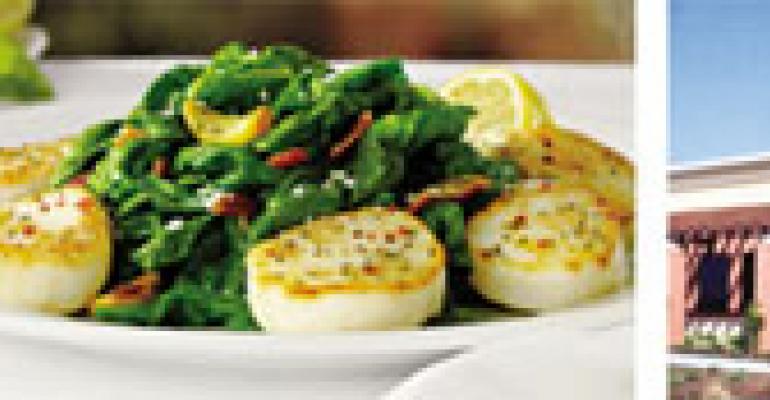 As the newly minted chief executive of Romano’s Macaroni Grill, Brad Blum addressed employees to share his vision of taking the quality of the casual-dining chain up and the cost down—and doing both at the same time.

“There was some nervousness in the room,” he recalled, “with people looking down and some funny laughter, ‘Are you sure you got that right?’”

But that is what he has been able to accomplish in little more than a year at 226-unit Romano’s Macaroni Grill. The menu features 54 revamped or new recipes, many of which have achieved the “trifecta” of higher quality, lower cost and increased consumer preference.

After studying the brand before coming on board and then eliciting extensive input from people at the Dallas headquarters, as well as general managers around the country, Blum identified four major goals for the company: a clear vision, improvements to the menu, increased operating standards and improved marketing. The brand vision was defined as Italian Mediterranean cuisine, with the theme of “Fresh. Simple. Authentic.”

Kate Richardson, senior vice president of marketing for Romano’s Macaroni Grill, said that Blum “is maniacally focused on that vision, so with every decision he makes, he is asking the question, ‘Is this Italian Mediterranean?’

“That keeps the entire team focused, so you know exactly where you’re going,” she continued. “And he has an enormous sense of urgency.”

Antonio Iocchi, executive chef of the company, was not happy with the direction the menu had taken before Blum’s arrival.

“I saw a lot of dilution of this brand, especially in the last four or five years,” he said.

A growing dependence on premade items and a heavily bureaucratic process for creating and rolling out recipes often left the chef frustrated with finished dishes that had lost their identity and bore little resemblance to his initial concept.

With Blum on board, shortly after the company was spun off from Brinker International to Golden Gate Capital, a private-equity company, procedures became more streamlined and more casual, with Iocchi reporting directly to Blum.

The entire menu underwent evaluation through the lens of Italian Mediterranean. A case in point is the company’s Scallop and Spinach Salad. The revised dish, made with about 10 fewer ingredients than the old, uses better quality scallops, spinach and olive oil. Gone were the feta cheese, a balsamic glaze and a cheese crisp.

“I didn’t know this was going to happen in my career,” Blum said, “but pretty much my entire career has been the turnaround of brands and companies, or I’ve been involved with creating brands and companies from scratch—literally with a white piece of paper. Call me crazy, but I really enjoy it.”

Previously, under Blum’s leadership as president of Olive Garden, operating profits increased. He is also credited with innovations at Burger King, where he was CEO.

Malcolm M. Knapp, a consultant to the restaurant industry, described Blum as a “real innovator” who is “really entrepreneurial” and “very good at consensus building.” He said that Blum’s experience as president of Olive Garden, working then and now with Bob Mock, who is chief operating officer for Romano’s Macaroni Grill, in effect gave him a head start toward revitalizing his current company.

Knapp noted that Olive Garden has continued its success following Blum’s departure: “The teams he built and the culture he built endure to this day. That’s the true test of a leader: what happens after he leaves.”

When he’s not putting in long days at the company, Blum turns to the high intensity world of competitive racecar driving. COO Mock sees parallels between Blum’s performance on the track and at the company.

“Being quick, being nimble, looking at the information that’s in front of you: If you’re in a racecar, looking at the different dials and lights that tell you what your car is doing, and making really quick decisions to improve your performance, it’s like an analogy to how you run a company—making the right decisions, the practice it takes, the competitiveness to be good and then also striving to always improve.”

Blum said it takes a lot of concentration to drive a racecar. “One of the reasons I like it is when I’m racing, I cannot think of anything else.”

He described transitioning from thinking about work to focusing on driving, and the need to get one’s “mind speed” up—in other words, to have the mind catch up to the speed of the car. Once he is in the flow of racing, even though things happen incredibly quickly, the “mind speed” allows him to drive effectively.

“I think some might argue, we’re all in that mind speed at Macaroni Grill, keeping it on track and staying in front of the pack,” Blum said.