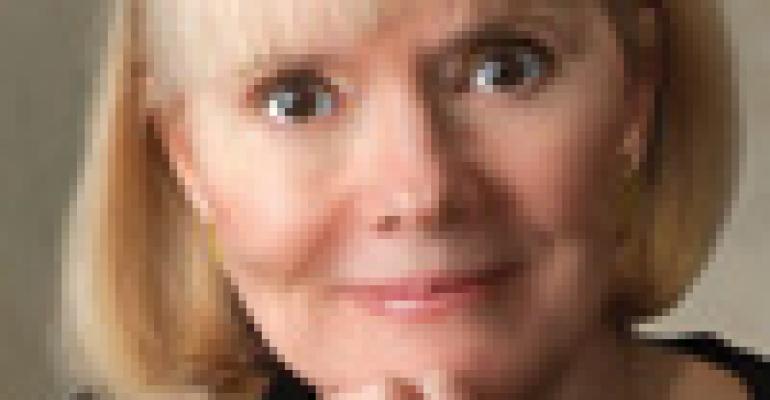 Sure, they may be biased, but the Tortilla Industry Association touts its namesake product as the best thing since sliced bread and now says tortillas are close to replacing the packaged white loaf as America’s baked good of choice. The product’s popularity is certainly not lost on chain chefs either, as they have revved up their sandwich bills of fare with the tortilla, as well as its flatbread cousins from around the globe.

They’ve tackled tortillas. While the original tortilla was corn-based, flour tortillas have surpassed it as the sandwich carrier of choice at chains in all segments. Casual-dining steakhouse Charlie Brown’s offers a multiethnic Chicken-Portobello Wrap that includes Caesar dressing, Parmesan cheese and tomato-basil salsa all rolled up in a flour tortilla. Sandwich specialist Schlotzsky’s favors portobellos, too, and combines them with feta cheese and balsamic vinaigrette before wrapping in a flour tortilla. Several years ago, tortillas roared onto burger menus as an alternative to the standard bun, as with Country Kitchen’s evocatively named Aztec Quesadilla Burger, which boasts Southwest seasonings, pepper-Jack cheese and salsa.

Flavored tortillas win at a number of restaurants that aim to add a little zip to the basic breadstuff. Applebee’s puts a burger in a pepper-Jack-and-cheddar quesadilla, while Joe’s Crab Shack stuffs a spinach tortilla with crunchy fish fillet, black-bean-and-corn relish and ranch dressing to create the Pacific Coast Wrap. Camille’s Sidewalk Cafe augments the basic flavors of the Chicken Caesar Wrap with an herb-garlic tortilla, and Perkins’ pairs the Chipotle-Apricot Chicken Wrap with a Roma tortilla.

They’ve focused on flatbreads. The tortilla, of course, is only one kind of flatbread, and the world pantry is stuffed with variations on the theme. More than a decade ago, pita made its appearance on mainstream menus, and, while it’s been eclipsed somewhat by sexier Hispanic and Italian types, it remains a bread basic at lots of operations. Bakers Square menus a line of pita sandwiches, including fajita and teriyaki-chicken options. An early pita proponent, Jack in the Box, has retooled and extended its line, and last summer the chain launched Pita Snacks, smaller, wrap-style sandwiches in whole-grain pita.

Of course, flatbread is more than a sandwich base: It’s a signature statement at fast-casual chains Sandella’s Flatbread Cafe and Così. The former uses grilled flatbreads for a variety of wraps, sandwiches and pizzalike items, while the latter features stone ovens that bake flatbreads based on a recipe borrowed from the Romans. Plenty of sandwich chains also offer flatbread as an option. It’s toasted at Dunkin’ Donuts and Quiznos, and at Subway, where it was introduced last November, it can be toasted or warmed and used with any 6-inch sandwich.

They’ve moved to the Mediterranean. When the Mediterranean diet appeared on the scene some years back, it brought focaccia with it. The Italian staple is typically brushed with oil, topped with salt and served as a snack or side; its American counterpart is invariably used in a sandwich. Last fall, Marie Callender’s offered turkey on focaccia, dressed in an Italian manner with roasted-garlic mayo, peppers and arugula. Like the tortilla, focaccia lends itself to enhancement, and Au Bon Pain flavors it with rosemary. There’s a double dose of flavor in the tomato-onion focaccia at Atlanta Bread Company. Italian chains have weighed in with their own adaptations, like the Italian Deli Wrap on pizza bread at Buca di Beppo or the Ham-and-Honey-Mustard Pizzini at Godfather’s Pizza.

Looking ahead, flatbread will retain its menu momentum. It’s the perfect 21st-century sandwich carrier: It’s versatile, portable and perceived as healthful. Expect to see an upsurge in soft corn tortillas as gluten-free alternatives. Asian flatbreads are a major, untapped opportunity. Houlihan’s puts tandoori chicken together with pea greens, mango and red-pepper harissa in a flour tortilla. All that’s missing is the naan.