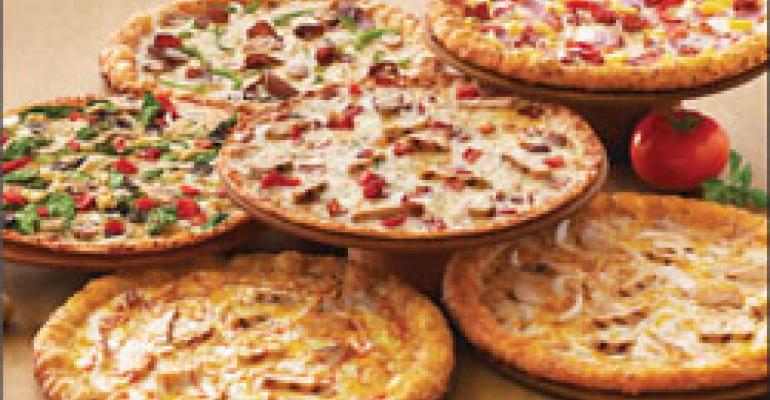 In these tough times, consumers are slashing their budgets and learning to do without—a strategy that likely will keep many Americans afloat until the economy recovers.

But for quick-service restaurant operators who are vying for those consumers’ limited dollars, cutting back on advertising spending would be a big mistake, say officials at market research firm The NPD Group.

“Now’s not the time to cut back,” said Dana Leo, director of NPD’s QSR Monitor. “Particularly in the restaurant business, where advertising is so promotionally oriented. You risk a lot by not advertising in a recession.”

Historically, U.S. ad spending has declined in a recession, according to a recent report from Barclays Capital. The 1991 recession caused a drop of nearly 2 percent in ad spending, and the downturn that followed 9/11 accounted for a 6.2-percent decrease. The current recession seems to be different only in the severity of the drop. According to The Nielsen Company, total U.S. ad spending dropped more than 15 percent in the first half of 2009. A total of $56.9 billion was spent on advertising in the first six months of the year, more than $10 billion less than the same period a year ago.

According to Nielsen, in the first half of 2009 fast feeders spent $2.2 billion on ads, up 4 percent from the same period a year ago. While overall the quick-service segment increased ad spending, the increases came largely from a handful of major chains, including McDonald’s, Subway, Wendy’s, Sonic, Domino’s Pizza, Papa John’s and Jack in the Box.

In its new study NPD examined the ad spending of a dozen quick-service chains in the first and second quarters of 2009 and found that when spending increases were average or above, share levels increased. Conversely, the data reveal that below-average changes in spending were associated with negative or flat share.

“How well you do in the market has a lot to do with how much you spend,” Leo said. “People that spent a little bit more [and] had a positive change in their ad spending, fared well in terms of their market share.”

It might be common practice, but cutting ad spending in down times is just not good business, according to the team at MDB Communications, a Washington, D.C.-based ad agency.

“Out of sight really is out of mind,” said Richard Coad, MDB’s executive creative director and head of its QSR Swat Team, a creative think tank. “It’s like dogs trying to find the same bone. That kind of competition requires top-of-mind positioning.”

When it comes to reaching consumers in the current economic climate, deals alone won’t do it, Coad added.

“[Consumers] are inundated with deals,” he said. “Deals are traffic builders, [but] with so many deals, it’s almost become a desperation move. The smarter brands who aren’t on the treadmill are looking for ways to build a better brand.”

Though the majority of quick-service restaurants have not increased their ad spending, some of the most successful fast-food brands have and are reaping the benefits.

As declining sales have forced many chains to cut their ad spending accordingly, Milford, Conn.-based Subway, which has had huge success in the past few years, increased its ad budget by double digits in the first half of 2009.

“Because we’ve been growing and successful in the past few years, we have the increased funds available [to boost advertising],” said Tony Pace, senior vice president and chief marketing officer for the Subway Franchisee Advertising Fund Trust. “But also, [ad] costs are going down.”

To increase its consumer reach, the sandwich chain has sought to add other media to its existing plan. For example, in the first quarter of this year Subway sponsored a call-in hotline on an ESPN radio show previously sponsored by failing automaker General Motors. Subway also recently began purchasing banner ads on the front page of USA Today.

“It’s a chance to stand out even more,” Pace said, explaining Subway’s rationale for spending more on ads during the recession. “Fortunately, we’re growing, and we want to take advantage of it.”

Though its domestic same-store sales were flat in the third quarter, Domino’s Pizza reports that it has significantly increased its ad spending.

“Spending in a downturn is a great way to potentially steal market share,” said Timothy Sullivan, Domino’s director of media. “We’re clearly increasing our spending. However, I think what’s been equally important has been the message.”

The messages in many of the pizza chain’s recent ads have featured new products, not limited-time offers like many of its competitors. Among the most recent new products Domino’s has been promoting are American Legends, a line of six specialty pizzas launched in January; and Breadbowl Pastas, a line of five bread bowls baked up around pasta that were rolled out in April.

“Even when times may be tough, if you’ve got a story to share with consumers you have to be brave enough…to support [it],” Sullivan said. “[Otherwise,] you miss the opportunity to make your spend work harder in a less cluttered environment.”

With year-to-date same-store sales flat at its Hardee’s brand and negative at its Carl’s Jr. brand, Carpinteria, Calif.-based CKE Restaurants may not have extra cash to put into advertising right now. But then again, the chain doesn’t think increasing its spend is necessarily right for all markets right now.

“Spending more on media by and large boosts sales,” said Brad Haley, executive vice president of marketing for the Carl’s Jr. and Hardee’s brands. “There are many markets so healthy [media-wise] that you do reach a point of diminishing returns.”

While Haley said the company has decreased its ad spend comparable to each brand’s sales declines, it has managed to find a way to make some changes in advertising to attract more consumers during the recession.

“We spend, and I think many chains spend for media, on a percentage-of-sales basis,” Haley said. “[We’ve done] some investment spending over the last 12 months…in under penetrated markets. We’re always open to evaluating incremental spending opportunities.”