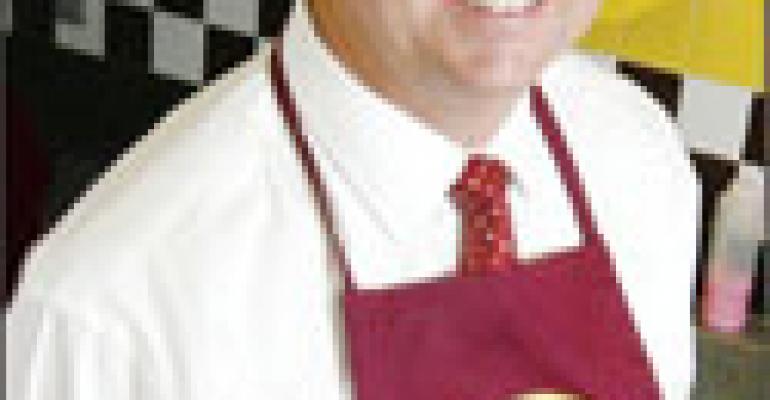 MADISON HEIGHTS MICH. Hungry Howie’s Pizza is preparing to launch TV spots in new markets and considering nontraditional media for the first time as its competitors continue to ramp up new strategic efforts to reach consumers. —

The TV spots are scheduled to air in smaller markets within two months and “bring to the forefront the concept of flavored-crust pizza,” said Steve Jackson, president of the 570-unit chain. —

Flavored crust—buttered cheese, ranch, Cajun and others—sets Hungry Howie’s apart from competitors, Jackson said, and makes the chain secure in its niche as it expands. Coupled with attractive coupon offers, the chain’s positioning and new marketing tactics can attract price-conscious customers, he said. —

Most of them are, Jackson added, and they often waver in their brand loyalty, buying wherever they can get the best deal. About five years ago Hungry Howie’s conducted a survey and found that only 25 percent of pizza customers are loyal to a brand. —

It’s that fickleness that has pizza chains finding new ways to target pizza lovers and hold onto them as customers. New-product introductions are the acknowledged way to whet their appetites, and most chains have a regular promotional calendar of limited-time products. —

But making it as easy as possible for customers to place an order is the current marketing battleground. —

And then there’s Hungry Howie’s, which Jackson said is lagging when it comes to using nontraditional media in its marketing mix. —

“From the marketing standpoint, I think it took a while to understand the impact of non-traditional marketing,” he said. —

That’s about to change. The chain will launch a new website in 30 to 60 days, Jackson said, and “we’ve been in a think-tank session to do some Internet marketing.” —

The chain doesn’t accept online orders now but is considering it, and “we know it will happen,” he said. Mobile ordering also is on the Hungry Howie’s horizon, Jackson said, because younger consumers “just want to push that button and place that order.” —

Hungry Howie’s is looking to nontraditional media to supplement its use of TV in Michigan and Florida and direct-mail pieces throughout its system. The most important ad vehicle for the chain has been print mailings over the last 20 to 25 years, Jackson said, but “sometimes the print medium isn’t as effective as it was.” —

At one time the chain introduced a Buffalo Chicken Pizza and a Philly Cheesesteak Pizza and experienced “interesting results,” Jackson said. But new-product introductions are subject to the logistics of product distribution, and Hungry Howie’s does not want to promote a new product if it can’t deliver it to all units in the 23 states the chain operates in, he said. That’s why Hungry Howie’s chose to stick to flavored-crust pizza as its competitive edge and run price promotions of $8.99 or $9.99 to attract customers, he said. —

Little Caesars and CiCi’s Pizza both do that, he said, “and Hungry Howie’s can fit in that arena.” Tristano is not sure, however, that flavored crust can be a strong competitive edge for much longer because “there’s nothing secret about that” and other chains are likely to copy it. —

In addition, the pizza segment is a mature category and is growing “increasingly saturated,” he said, which makes competing more difficult. —

“In terms of where [Hungry Howie’s] can succeed, it’s execution, quality of product and value perception,” Tristano said. “It’s going to come down to taste and convenience.” —

Hungry Howie’s does emphasize product quality in its two new TV spots, created by Tattoo Projects of Charlotte, N.C. The focus is on the crust, but in an unusual way. In one spot a young woman, decked out as a slice of pepperoni, says, “I don’t care if people like flavored crust on their pizza. They like me the best.” Then she lists the flavored crusts and says, “Hungry Howie’s originated the flavor-crust pizza.” —

The second spot features a man in an onion costume, wailing uncontrollably that no one ever liked to order pizza with onion, and then laments that he now has to contend with Hungry Howie’s flavored crust, “which is completely unique.” —

Although the pizza segment has been considered a mature category for a number of years, Jackson said it still has a lot of room for growth. —

“It’s up to us in the industry to figure out ways to keep it fresh and appealing to consumers and not to be stagnant,” he said. —