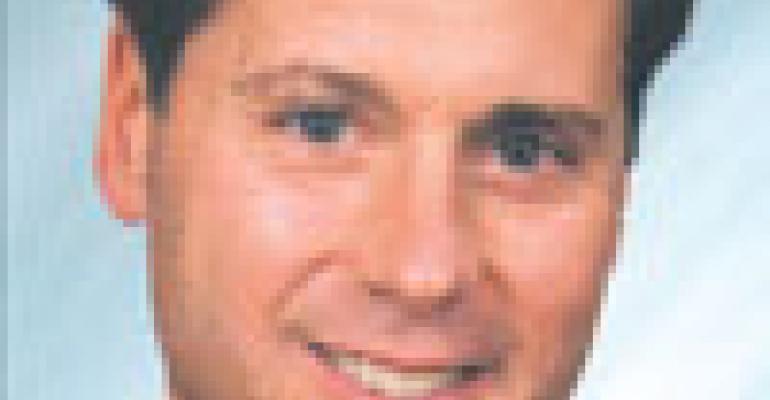 Corn, wheat and soybeans—consider them the building blocks of food cost. The Mitchell Report aside, grain prices may as well have been on steroids for the past two years, and 2008 looks to be more of the same.

Ethanol and exports will keep corn prices well supported for the next few years. The new energy bill increases the Renewable Fuels Standard to 9 billion gallons in 2008 and 36 billion by 2022. Globally, the growing affluence of developing countries and a weakening dollar are driving demand for animal feed. As a result, 2007-08 corn exports are now projected to be a record-high 2.45 billion bushels. Nearest-month corn futures prices averaged $3.73 in 2007, up 44 percent from $2.59 in 2006. Forward contracts for 2008 are currently averaging $4.81.

Roughly, we are looking at a doubling of grain/feed prices from 2006 to 2008. As a result, higher input costs for producers will continue to support higher prices for eggs, dairy and most proteins in 2008.

Beef—December’s USDA cattle report was bearish for prices. November feedlot placements were up 12 percent compared with a year ago. That comes on top of gains of 14 percent last September and 12 percent in October. Total on-feed numbers are now 1 percent above last year, a huge jump from Sept. 1, when feedlots were running 6 percent below last year. Fourth-quarter supplies were tight, so there is some pipeline filling to do before more cattle are available for slaughter. Barring a major snowstorm, look for feedlots to have caught up in January and for output to increase from February to April.

Overall, 2008 beef demand will be impacted by a weaker economy and high energy prices. Increased exports will offset a mild drop in domestic usage. Given flat supplies and stable demand, cattle and beef prices should average close to 2007 levels during 2008.

Coffee—The USDA bumped its 2007-08 forecast for world coffee output from 119 million bags to 122.9 million bags, with usage of 126.9 million bags. The 4 million-bag deficit would put 2007-08 ending coffee stocks at 18.3 million bags, the lowest since 1961. A small 2007-08 Brazilian crop, down 19 percent from 2006-07, combined with the onset of the peak winter usage season, will provide an upward bias to coffee futures prices over the next few months. However, the market is being capped by expectations of a much larger, 47 million to 50 million bag Brazilian crop for 2008-09.

Dairy—High milk prices have exceeded high feed and energy costs and made producers profitable. As a result, U.S. milk output increased nearly 2 percent for all of 2007. However, even-higher feed costs for 2008 will cut into producer profits. The milk-feed ratio will be lower in 2008 and will likely slow the pace of expansion. For now, there is still significant upward momentum in dairy production. November 2007 milk output jumped 3.2 percent. Cow numbers at 9.17 million head are at a seven-year high. Milk output in 2008 is forecast to be up 1.1 percent.

Oil—The bull market in soy oil is showing no signs of slowing. Soybean-oil futures, which were 28 cents in January, closed at a 34-year high of more than 50 cents on Jan. 4, and forward contracts for 2008 are averaging nearly 52 cents. The global stocks-to-use ratio for the four major vegetable oils—soy, sunflower, canola and cottonseed—is expected to fall to a record-low 3.9 percent by September, barely a two-week supply.

Exports and biodiesel are the two key fundamentals for 2008. For foreign buyers, a weak U.S. dollar has offset increased soy oil costs and is supporting U.S. exports. Globally, China’s 2007-08 imports of soy oil and palm oil are forecast to jump another 8 percent and 12 percent, respectively. The United States will get a lion’s share of China’s soy oil business this winter before new-crop South American supplies hit the market in March to April.

Pork—The USDA’s Quarterly Hogs & Pigs Report blew away forecasts with a larger-than-expected 4-percent increase in hog inventories and a 5-percent increase in market hog numbers. While hog and pork prices are lower, they are not in free fall like they were in 1998 under similar excess-supply conditions. That’s because cheap prices and a weak dollar have made U.S. pork attractive to foreign buyers. October U.S. pork exports were up 31 percent over a year ago and set a single-month record. The increase was enough to push cumulative year-to-date export totals to 3 percent above 2006’s record-high levels.

Pork output during 2008 is expected to increase 1.8 percent, with the largest increases occurring in the first half of the year. Lack of profitability could result in little to no growth during the second half of the year. However, slow domestic growth will be offset by increased live-hog imports from Canada, forecast to be nearly 10 million head in 2008. As a result, hog prices are expected to average $45.50 in 2008, down from $46.86 per hundred-weight in 2007.

Poultry—Strong output is being matched by booming exports. The increasing wealth of developing countries and a weaker dollar have allowed foreign buyers to absorb higher U.S. prices. Broiler exports tonnage in the first three quarters of 2007 is up 10 percent over a year ago, and the value of those exports is up 47 percent from 2006. Those numbers represent a serious turnaround in profitability for many poultry companies. Strong broiler output growth is expected to continue into the first half of 2008.

USDA Boneless skinless breast prices, in the mid-$1.20s in early January, should recover to average in the mid-$1.30s for the first quarter of 2008. Wing prices are near $1.20 and were headed to a pre-Super Bowl high near $1.30 in late January. Leg quarters averaged 44 cents in 2007, up 54 percent from a year ago, and exports are still flying out of the country. Strong export sales will keep leg prices above 40 cents in 2008 and help producers offset the cost of higher grain and energy prices.