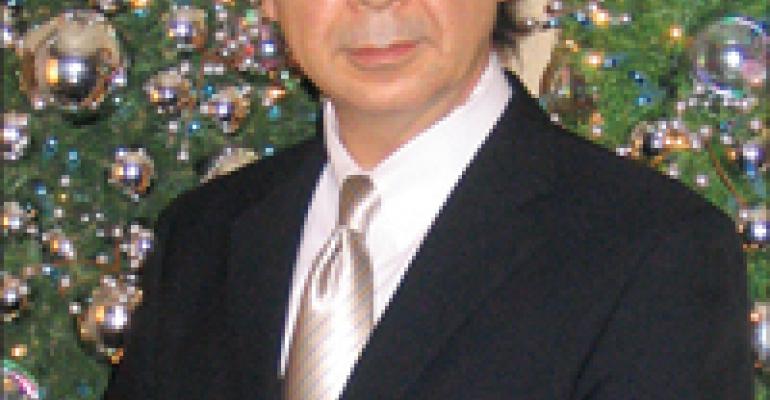 Ken K. Shida, the president of Shidax Corp., has international ambitions for his $1.5 billion Tokyo-based firm. With more than 303 karaoke shops and 3,000 on-site locations in schools, hospitals, businesses and nursing homes, Shidax already ranks as one of Japan’s largest foodservice companies, lining up behind McDonald’s, Skylark, Hoka Hoka Tai and Nichi-in Health Care.

However, Shida—who took over the 45-year-old family business from his father—believes Shidax also can be an important player in the commercial restaurant arena. To achieve that end he formed Shidax Restaurant Management and acquired a small restaurant company in Japan several years ago. More recently, he teamed up with Nick Valenti and Joachim Splichal to purchase elements of New York-based Restaurant Associates and the Patina Group in Los Angeles from former parent, Compass Group PLC, for about $90 million. The new company has been named Patina Restaurant Group

What motivated you to participate in the Patina Restaurant Group buyout from Compass?

Nick and I are old friends. We wanted to get together five years ago. And finally we had the chance. I want to expand [the commercial restaurant side] to augment [Shidax’s] foodservice and karaoke businesses. But [to do that] we really wanted to have partners. So we decided to go with the Patina Group and get the know-how on how to run the concepts worldwide.

Can you talk about growth plans?

Patina Restaurant Group will be our expansion vehicle. We’re looking at some of its restaurants, like Patina, Naples, Nick & Stef’s.

Where will you open?

Anything specifically in Japan?

We’re looking for locations, and then we’ll decide which concepts fit best.

Any plans to bring the karaoke concept to the United States?

Yes. We’re looking to see if there is any chance to bring karaoke here.

How is business in Japan right now?

Very tough. The government says it’s getting better, but it’s very competitive. All foodservice players in Japan are having a tough time. And even though we have a good reputation [in the commercial restaurant segment], we need some kind of base, and Patina is that base for us. Every Japanese restaurant operator wants to know what they’re doing.

What about growth for Shidax on the on-site side?

I’m thinking [Shidax’s on-site business] will just continue to expand in Japan. I thought about going abroad but decided it was too difficult to expand internationally. There’s so much competition—Sodexho, Aramark, Compass.

You’ve said serving healthy foods is vital to you.

Right. Nutrition is an important focus. At Shidax our slogan is “Mother Food.” In other words, we try to serve food like your mother would. Mothers are more concerned with health. So we make sure we get good ingredients first and then find the best way to serve them.

In the last five years we have created distribution systems all over Japan to help us do that. Traceability is very important to us.

Are there any other acquisitions on the horizon?

I think so. We’d like to acquire another U.S. company. But we’ll probably take a year to think about it. After that, we can find out which one would be best for us.