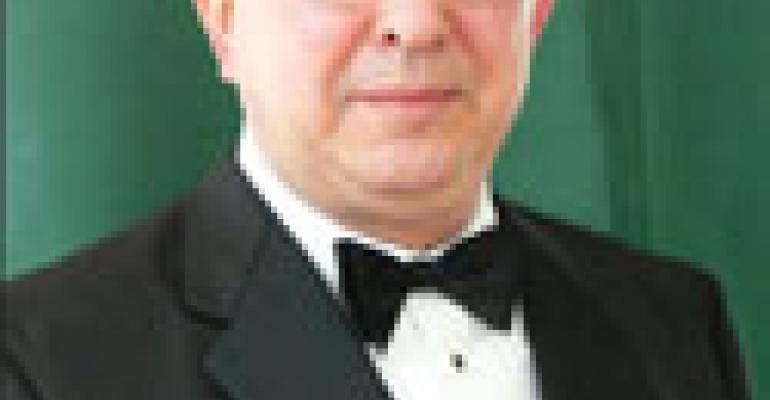 About a year ago, Henry Petroski, the Aleksandar S. Vesic Professor in the department of civil and environmental engineering at Duke University in Durham, N.C., wrote a book called “The Toothpick: Technology and Culture.” This year, the esteemed professor of engineering history has published “Small Things Considered: Why There Is No Perfect Design.” Both books extol in part three unsung, technological marvels the restaurant industry could not thrive without: the toothpick, the pizza saver and the paper cup.

Your books make the point that paper clips, safety pins and zippers are examples of superior design. But a whole book on something as mundane as the toothpick escapes me.

It’s a great, simple design. Just one part. And as I got into the research, it began nagging at me that there’s a good story here to be told.

OK, I’ll bite. What do you think makes toothpicks so fascinating?

Well, as I say, it’s great engineering, and they played an important role in our culture and health. From a historical standpoint, there’s evidence people have been using them forever. Roman Emperor Nero used a silver one and women in 16th century Spain used them to protect their virtue from unwanted kisses. But the modern usage probably got its start in the 1870s in Boston from Charles Foster, the father of the modern toothpick industry.

Now there’s an unsung hero. What did he do?

His father was an exporter-importer who specialized in wood products from Brazil. During the 1860s, Foster traveled there with some frequency and was amazed at how white and undamaged the native people’s teeth were. He realized they were using wooden toothpicks. Years later he started a factory that made them.

The rest is history?

AGE: 65EDUCATION: bachelor’s degree in mechanical engineering from Manhattan College in 1963 and a Ph.D. in theoretical and applied mechanics from the University of Illinois at Urbana-Champaign in 1968.EXPERIENCE: writer and presenter of the BBC documentary “To Engineer is Human”; appointed to the U.S. Nuclear Waste Technical Review Board in 2004.HOBBIES: reading and writing

Not really. His marketing was not very good. He couldn’t get restaurateurs to buy them until he got Harvard University students to ask at the end of their meal if the establishment had any toothpicks. If the owners said no, the students would stomp out and warn the proprietors that they were going to tell everyone they know not to frequent the place because they didn’t have toothpicks. Well, Foster would show up later as a toothpick salesman.

Sounds like he’s the father of guerrilla marketing, too.

By the way, during those days, chewing on a toothpick at the end of a meal signaled that you had eaten well at a restaurant.

What makes pizza savers so great?

Like a paper clip, another simple, one-part item, the pizza saver is great design and function. That little plastic tripod with the round top solved a messy problem that pizza eaters hated. Before it came along, the lid of a pizza box absorbed the heat and moisture from the pie and sagged into the cheese.

When did pizza savers come around?

An inventor named Carmela Vitale of Dix Hills, N.J., filed a patent for it in 1985. But it was patented as “the package saver” [and had a model for cake boxes, too].

And the paper cup?

Those go back to the turn of the 20th century, when tavern and restaurant owners began replacing tin cups with paper cups as a way to stop the spread of germs and disease.