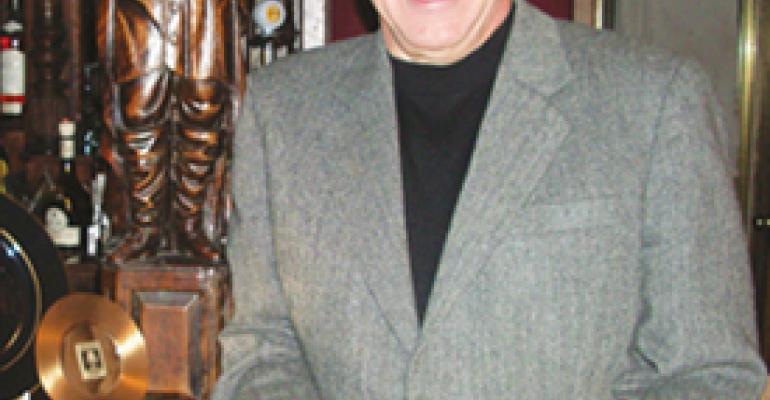 HAVING WORDS WITH Ed Novak OWNER, THE BROKER RESTAURANT, DENVER

Ed Novak has owned nine Broker restaurants in the Denver area over the past three decades, although never that many at one time. He has bought out the failed restaurants of other entrepreneurs and converted the properties into The Broker, a fine-dining concept with a signature giant shrimp bowl appetizer. Novak would hang on to each restaurant until it made more sense to sell it than run it—except for one. The Broker in downtown Denver on 17th Avenue, the first and the last, is still going strong and celebrated its 35th anniversary in March. Last December, when most restaurant operators were bemoaning the depressed sales wrought by two record-setting blizzards, The Broker had one of the best months in its history, said Novak, who has continued to keep irons in other fires. Two years ago he bought out the owner of another venerable Denver restaurant, Tante Louise, and converted it into a wine bar called the Cork House. He also has become a franchisee in the Denver-based Egg and I chain, a breakfast and lunch concept. He opened the first of his six Egg and I restaurants in December.

Do promotions keep The Broker fresh?

New restaurants are always opening up in Denver. All of them have to be tried. I think people come back to The Broker for nostalgia. This is where they met their wife, where they went for a first date or the prom. It’s a Colorado tradition. That’s the best way to describe The Broker. We kept the shrimp bowl, our calling card. Our other calling card is we’re the only vault in Denver that is a restaurant. The building was built in 1903. It used to be a bank. You can sit in the vault and have dinner. That’s something the chain restaurants are not able to do. It’s a unique atmosphere that people enjoy. Our menu is the same as it was when we opened; it might have a few more items on it. Prime rib is our No. 1 seller. People come for the steaks.

Haven’t you been tempted over the years to adopt the latest trends?

Sure, but I’m thankful we’ve been able to overcome that temptation to make some dramatic change—make it all pink or blue, add a jazz band or sushi or whatever. We just haven’t done it. Instead we took that temptation to do something different elsewhere, like with the Cork House. We can make all the changes we want there and create our own traditions.

What else contributes to The Broker’s longevity?

JOB: owner, The Broker and the Cork House restaurants, both in Denver; franchisee of Egg and I restaurantsEDUCATION: bachelor’s degree, University of NebraskaAGE: 63BIRTHPLACE: Rosalie, Neb.PERSONAL: married, with six children and 10 grandchildren

Having an engaging staff. When you go to dinner at any restaurant, your experience is limited to the one or two people who engage you, and that determines how you feel about the restaurant. The staff is the key. The Broker has 65 employees—20 of them have been there longer than 12 years, and four have been there over 30 years.

Has your involvement with the Colorado Restaurant Association had any impact on your business?