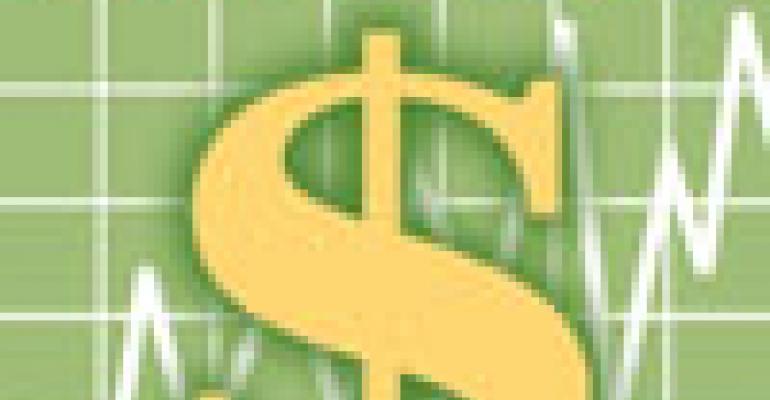 Foodservice analysts cautiously optimistic about economy in second half of ‘08

While the foodservice industry and the U.S. economy in general remain under clouds of uncertainty, some pundits and operators are beginning to see faint rays of sunshine on the far horizon, although most are wary of forecasting clearing skies anytime soon.

Despite weak fourth-quarter results at almost all public restaurant companies and the very cautious expectations of analysts and insiders for the current year, some improvement is predicted for the second half of 2008.

Financial upticks could come as a result of improved consumer spending levels, stabilized commodity and labor costs, and reduced numbers of restaurants.

“Restaurants…like other consumer discretionary sectors are quick to react when there is visibility into economic improvement,” analyst Steven Kron of Goldman Sachs said this month. “We are increasingly comfortable that recent Fed actions and, more importantly, government plans to offer stimulus to the economy could stem spending erosion.”

Goldman Sachs’ economics team has raised its expectations for growth in the nation’s gross domestic product for the latter half of the year, Kron noted. For the third quarter,the current expectation is for a 1-percent GDP bump, compared with earlier predictions of a 1-percent decline. For the fourth quarter, GDP growth is now forecast at 1.5 percent,up from the 0.5-percent outlook that economists previously shared.

Federal Reserve Chairman Ben Bernanke told the Senate Banking Committee Feb. 14 that the economy should remain “sluggish,” but that a pick-up could occur toward the end of the year. He also suggested that additional interest rate cuts could take place to help stem the economic slide.

A rare glimpse of good news also was seen about two weeks ago, when the Commerce Depart-ment’s report on retail sales for January came in better than expected. Sales of food and retail items increased 0.3 percent last month after dropping 0.4 percent in December. At restaurants, sales in January dipped 0.5 percent from December levels, the report revealed, but rose 4.4 percent from January of last year.

Sales were boosted by purchases of gasoline, clothing and automobiles, the report showed. Restaurant sales in January dipped 0.5 percent from December levels, the report revealed, but rose4.4 percent from January 2007. Still, most operators are refusing to count any chickens before they have hatched.

Darden Restaurants Inc., parent of Red Lobster, Olive Garden and LongHorn Steak-house, expects blended same-store sales to outperform the casual segment and rise 2 percent to 3 percent for the company’s fiscal year ending in May. So far during the fiscal year, the blended U.S. same-store sales of those three chains had risen 2.6 percent as of Feb. 10, versus the same period a year earlier.

Executives of some quick-service chains have said same-store sales for the year are expected to be positive, but mostly in the single-digit range. Yum! Brands Inc., franchisor of KFC, Pizza Hut and Taco Bell, among others, expected blended same-store sales to improve 2 percent to 3 percent over the flat performance recorded last year. Burger King executives said same-store sales were accelerating in January, but they did not give any annual guidance.

Even standouts like Chipotle Mexican Grill Inc., which posted a 31.5-percent surge in revenue, a 61.8-percent increase in profit and a 10.6-percent jump in same-store sales for last year’s fourth quarter, have more muted expectations for the current year.

The Denver-based company expects same-store sales to be in the “low- to mid-single-digit range,” compared with its annual growth of 10.8 percent last year. Chipotle said it faces “significant challenges” in the year ahead, and while confident in its 25-percent long-term growth projection for per-share earnings, any hiccups could result in missing that target this year.

“We just don’t have a great crystal ball for 2008,” Steve Ells, Chipotle’s founder, chairman and chief executive, said in a conference call with investors.

Panera Bread Co., which reported lower fourth-quarter earnings on an investment write-down and charges related to the discontinuation of its Crispani dinner pizza product line, painted a difficult picture for the year, including steeply increased wheat prices and continued slow sales. The bakery-cafe segment leader said it was “conservatively assuming” an annual same-store sales increase of between 2.5 percent and 3.5 percent at its corporate restaurants, compared with last year’s annual increase of 1.9 percent.

“We’ve been hit by an incredible cross-current of commodities inflation and the looming potential of a recession,” Ronald Shaich, Panera’s chairman and chief executive, told investors during a conference call. “But let’s be frank, you hear that from everyone, and this is the push and pull of life in our industry.”

Shaich said all restaurant companies, including Panera, would simply need to adjust to the times and focus on building margins and attracting customers.

“We have to continue to give people a reason to walk across the street to visit us, and we have to differentiate,” he said.