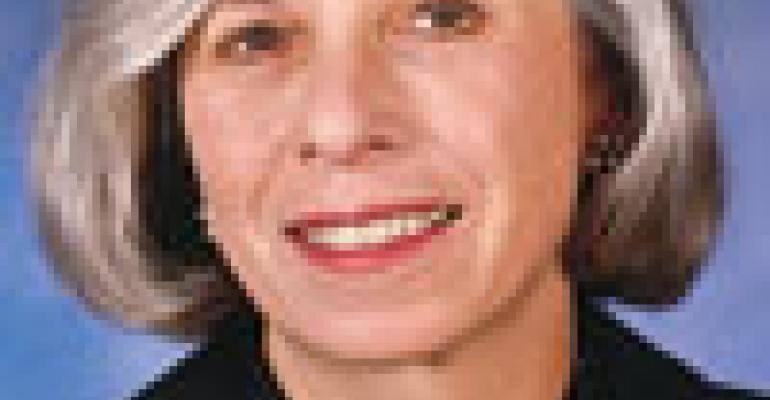 Even as consumers and operators tighten their belts and forgo the finer things, there’s no reason to keep decadent lobster off the menu. The ingredient’s luxury image can be a draw in both good times and bad, and recent declines in lobster prices have helped operators create promotions that entice diners to splurge without breaking the bank.

Brooklyn Fish Camp in Brooklyn, N.Y., is offering a 1.25-pound lobster with celery slaw for $16 on Wednesdays.

For the past three months, Compass, a New York restaurant that began emphasizing seafood when it reopened last fall after renovations, has been running a special three-course lobster menu for $35, with choices like lobster-tamarind salad, lobster chowder and lobster-potato gnocchi. At the same time, it has been attracting connoisseurs for its big bargain: a 3-pound jumbo lobster, grilled, for $39.

Elsewhere, at the West Side location of the Palm in New York, for example, the price in early March was $62 for a 3-pound grilled lobster, though there have been times when that price has been higher.

Usually, lobster prices decrease in late spring as the weather warms and the catch becomes more abundant. But this past winter Maine lobsters were at summer levels, $5 a pound for “quarters,” which run 1.25 pounds. More sought-after “selects”, which weigh 1.5 pounds to 2 pounds ran about $10 a pound.

Good management of the North Atlantic fishery has delivered this bonus, as it seems to be doing for Atlantic cod and swordfish, as well.

“When I saw lobster prices dropping I contracted for 15,000 pounds, and I’ll keep this going as long as I can,” says Don Evans, the owner of Compass. “It’s been very popular. Some people come in and share the 3-pounders. I’m not making a ton of money on them but it’s à la carte, so they order other things—wine, coffee. I’m happy with the way it’s going.”

Evans plans to start a similar crab promotion in the spring.

Darden’s Red Lobster chain is capitalizing on the price advantage with its annual Lobsterfest and its new wood-grilled program. The wood-grilled surf and turf, $24.99, features only the tails, so the chain can use the claw and knuckle meat in such dishes as the lobster and artichoke dip, which sells for $8.99.

When the lobster is mingled with other ingredients, such as pasta or salad, it becomes even more economical for the operator yet does not lose its luster. At Compass the lobster-tamarind salad is $13 on the à la carte menu, and the lobster ravioli is $16.

At Libby’s Café and Bar in Sarasota, Fla., the Maine lobster Bolognese with penne pasta and a wild-mushroom sofrito is $26. Similarly, Telepan in New York offers lobster Bolognese as a mid-course for $26. Spaghetti with chiles and a 1-pound lobster is $30 at Esca in New York. Lobster risotto cakes are $19 at Skipjack’s in Natick, Mass.

The addition of lobster also helps to justify the price of paella Valenciana at many operations, including Ceviche Tapas Bar and Restaurant in Sarasota, Fla., where the dish is priced at $28.

Lobster-based twists on classic snacks are also popular. At Toloache in New York, the lobster tacos with avocado and chipotle salsa are $16. The Clock Bar in the Westin in San Francisco is charging $15 for lobster corn dogs on its small-plates menu. At Bambara in Cambridge, Mass., a plate of warm-lobster sliders is $17.

Still, not all lobster dishes are quite as economical. At Summer Shack in Boston, full-size lobster rolls are $20. Neptune Oyster, also in Boston, prices them at $25, as does B & G Oysters. Many operations put lobsters, and lobster rolls, in the “market price” category, which changes day to day.

And unlike Maine lobsters, imported Brittany blue lobsters, which a few French operations have been serving, are pricier than ever. Last summer, they were on the menu at Guy Savoy in Las Vegas for $120. This winter they were not listed at all.