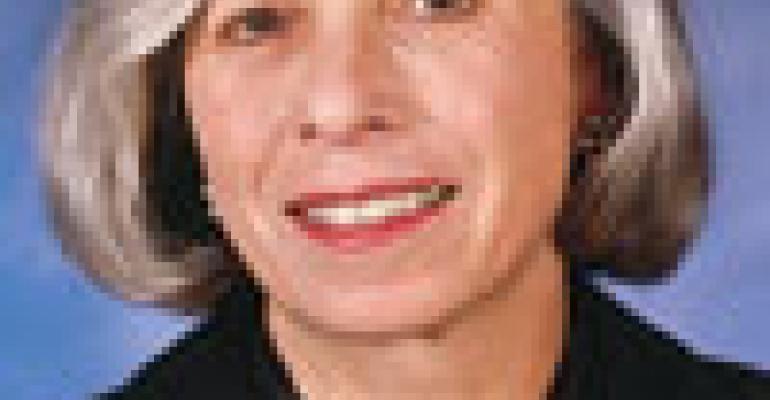 On Food: Shareable platters take over tables at every course

Shareable, economical family-style platters may fit well in these penny-pinching times, but they also have more lighthearted and decadent appeal, as they call to mind feelings of generosity and conviviality. From chains to high-end white-tablecloth operations, they are showing up more and more at every course.

A new appetizer at Ten Penh, a pan-Asian operation in Washington, D.C., is a throwback, the Hawaiian-style pupu platter served for the table on a wooden lazy Susan, the way it was at Don the Beachcomber in Los Angeles some 75 years ago and at Trader Vic’s some years later. For that dish, barbecued ribs, chicken wings, chicken satay and shrimp tempura are some of the items arranged in various compartments.

Family-style service is a longstanding tradition among Asian cuisines. It’s standard practice in Chinese, Indian and even Japanese operations, when a large sushi assortment is ordered for the table.

Italian is another cuisine where family-style portions are popular, and not just for pizza.

At Carmine’s in Atlantic City, N.J., and Manhattan, all the appetizers, pastas, main courses and desserts are served in portions meant to feed four or more. Vistango Café in Los Angeles is another Italian operation that takes the appeal of sharing to heart, with copious platters of antipasti, salads, pastas and so forth.

Buca di Beppo, based in Minneapolis, with about 90 locations nationwide, offers most of its Italian menu, including items like their specialty baked pastas, in two sizes: small, which is enough for two people, and large, for generous sharing for a larger group. They also offer a third option, Buca Mio, a single portion.

Quattro Pazzi at Oak Hills Park, in Norwalk, Conn., has added family-style pastas and main courses to its menu at prices that are about 50 percent higher than the regular-size dishes. The entrées, including chicken scarpariello, veal Marsala and eggplant parmigiana, all come with a side of pasta. Additional portions can be added for $10 more.

Family-style platters can be a win-win for the operator. The waiter has fewer items to keep track of per table, simplifying service, and the customers perceive these plates as good value, often with enough leftover to take home.

At Carino’s Italian Grill in Great Prairie, Texas, they even help energize a normally slow night. On Mondays, dishes are served in family-style platters for two, at the price of a single serving. Beacon restaurant, in New York, has also tapped into the trend to attract customers on Sundays, with a family-style supper menu. For $44 per person, diners share such appetizers as wood-roasted oysters and pizza, followed by wood-roasted lamb shoulder, leg of veal or paella served in a skillet, and a sundae for the table as dessert. For the recent New York restaurant week, the deal was extended until February on Saturday and Sunday nights for $35 per person.

Tex-Mex places, including the Pappasito’s Cantina chain based in Houston, which has nearly 100 restaurants, also do family-style, with various mixed-grill platters laden with ribs, mesquite quail, shrimp brochettes, sausage, beef and chicken fajitas, plus rice and beans available for two to six. The serving for six is $99.95.

Some steak cuts, notably the porterhouse and rib eye, are routinely served for two or more, as are typical steakhouse sides like fried onions, hash browns and creamed spinach.

Even in places that do not feature family-style platters as a rule, there’s an awareness that diners want to share. Lavish tiered seafood platters placed in the center of the table are now common in fish houses and French-style brasseries.

Bar Boulud and the newly redone Secession, formerly Danube, in New York, both specialize in pâtés and terrines that can be ordered as an assorted sampler for the table, served on a board with pickles and other condiments.

At the elaborately restored Oak Room in New York’s Plaza hotel, the chef, Joël Antunes, offers many of the dishes in enameled cast iron casseroles, for diners to dish out themselves, at the table.

“People like to share, and presenting the food in these pots at the table, with a serving spoon, makes it easier for them,” he says.