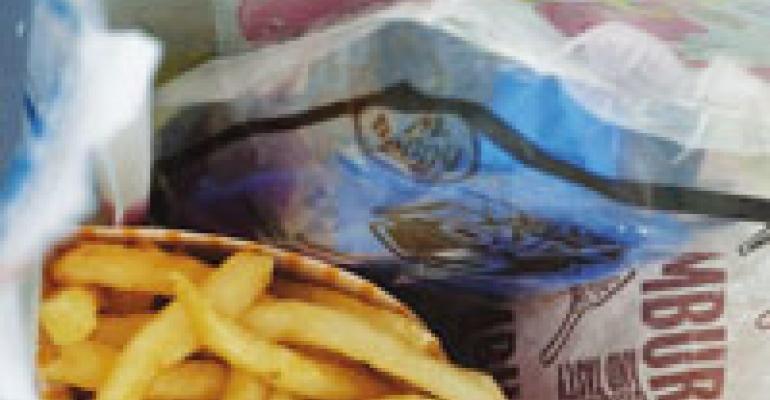 By the end of the year, small indoor gardens featuring herbs, tomatoes and other produce will be taking root in Sodexo school accounts nationwide.

The Gaithersburg, Md.-based company, which manages food-service in more than 470 school districts, previously has tended such gardens. But the effort is ramping up at a time when childhood obesity—and the restaurant industry’s perceived role in contributing to it—comes under increasing scrutiny by lawmakers and activists.

In February, the Obama administration said it was seeking several changes to the Childhood Nutrition Act designed to improve the nutritional quality of school foods when the act is reauthorized this year. Among the changes it includes are efforts to make more fruits and vegetables available and provisions eliminating so-called junk food from vending machines.

That news coincided with the unveiling of first lady Michelle Obama’s “Let’s Move” campaign. The program is intended to educate parents on nutrition and exercise, improve the quality of school food, make healthful foods more accessible and encourage physical activity among children.

“I think people are paying closer attention today than they ever have before, and part of that is because of Michelle Obama,” said Scott Loretan, senior vice president of Sodexo’s school services division. Loretan said the first lady has driven the idea of nutrition awareness home by sharing personal stories about her hurried life and the negative effects too much fast food and pizza were having on her young daughters.

Meanwhile, across the country in California, the toys bundled with kids’ meals have come under fire from some advocates who claim they contribute to childhood obesity.

In Santa Clara County, the county supervisors voted 3-2 on April 27 to ban such toys unless meals meet specific nutritional guidelines. The ordinance will go into effect in July unless the restaurant industry comes up with a voluntary alternative deemed acceptable by the county.

Days later, an elected official in San Francisco said he had asked the city’s attorney to look into drafting a similar ordinance for his jurisdiction. Officials said they hope to have that proposal ready by the summer.

The California Restaurant Association has been a vocal opponent of the Santa Clara toy ban. The association commissioned a survey that found 80 percent of Santa Clara County residents felt the issue was not important enough to warrant government attention, and 87 percent said they felt ordinary citizens were better informed than lawmakers about healthful foods sold in restaurants.

“Ultimately, parents decide what their children eat and whether a meal includes a toy or not—that is the role of a parent,” said Jot Condie, the CRA’s president and chief executive. “Based on our survey of the county’s residents, parents prefer to continue making those decisions. Most parents can resist their children’s pressure to get a toy. The county government does not need to serve as the parent of the parents.”

Officials at Oak Brook, Ill.-based McDonald’s, a fast-food company that has long offered toys with its kid-oriented Happy Meals, deferred to the CRA for comment on the Santa Clara ordinance.

As scrutiny of kids’ meals has grown, many operators have added more healthful options to their kids’ menus. At McDonald’s those options include low-fat milk and Apple Dippers. Asked if more such items were in the pipeline, a spokeswoman said: “We’re always listening to our customers, and we evolve our menu based on their feedback. While we have a robust pipeline of menu items in test, it’s premature to speculate on the future.”

In anticipation of the growing interest in child nutrition, Sodexo has worked to create programs for its school accounts that are holistic in their focus on students’ well-being, Loretan said. In addition to offering healthful food options, the company, which is a proponent of Let’s Move, also seeks to educate children on the importance of nutrition and exercise. Its nutritionists visit classrooms, and its chefs offer cooking classes to children and their parents. In addition, different produce is highlighted daily or monthly, depending on the school, to ensure children are introduced to a variety of fruits and vegetables.

“For the most part, kids love it,” Loretan said. “Some kids don’t have the most balanced meals at home.”—[email protected]