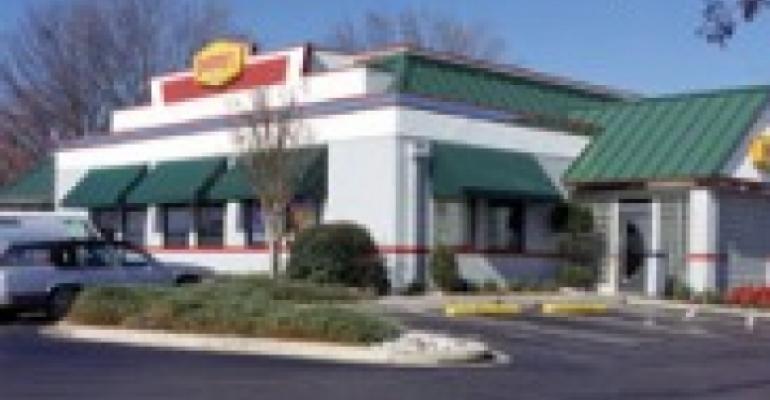 Family-dining chains are acting a bit like the scrawny kid on the playground who is finally starting to defend himself against attacks by the bigger bullies.

Tired of losing customers to fast feeders and casual-dining brands, family-dining chains are working aggressively to win old customers back and attract new ones with a host of rebranding initiatives.

Like Rip Van Winkle awakened with a steroid shot, many family-dining operators are overhauling their menus, store designs, customer services and advertising vigorously in a bid to be more pertinent to consumers. Meanwhile, others are seeking growth in new markets.

Spartanburg, S.C.-based Denny’s is among those operators aggressively retaliating against fast-food and casual-dining players with a multipronged approach that fuses sophisticated marketing strategies and advertising messages with new unit designs, menu and product innovations, and even state-of-the-art takeout packaging. The rapid pace of change has compelled some company insiders to refer to the brand as “the new Denny’s.”

At the top of Denny’s rebranding efforts is the test of a fast-casual area within Denny’s full-service restaurant. Called Denny’s Fresh Express, the concept is being tested at three Denny’s restaurants in the Dallas market.

The idea behind the store-in-store concept is to give Denny’s customers the choice of sitting in the traditional full-service area, or ordering from a counter worker and either taking their food to go or dining in a limited-service area. Other family players, such as Bakers Square and Village Inn, have unveiled similar store-in-store strategies.

Denny’s also is firing at the fast feeders and casual-dining chains that are flirting with breakfast with an attitude-filled advertising campaign that attacks the “fake” breakfast deals of nonsegment rivals.

Elizabeth Geer, director of advertising and merchandising for the 1,500-unit chain, told NRN this spring the days of fast-food brands thinking that Denny’s patrons can be had easily are over.

“We’re really defending our turf, and our differentiation is we have a real breakfast,” Geer says.

In addition, the chain is experimenting with new unit designs that allow guests to take out full breakfast meals in state-of-the-art packaging that can keep a meal warm for as long as 30 minutes. The breakfast take-out program is dubbed B-FST 2GO.

Perhaps there’s no better way to emphasize Denny’s toughened marketing strategy than the chain’s tapping of “The Sopranos” star Tony Sirico, who played Paulie Walnuts, the short-tempered enforcer of the New Jersey Mafia clan on the HBO show, to star in a television commercial earlier this year.

In the spot, called “Phony Money,” Sirico pays for a fast-food breakfast item that is so bad the server is arrested and placed in a lineup for Sirico and another upset guest to identify.

The 1,500 billboards Cracker Barrel has along the nation’s highways remain the marketing medium of choice to generate sales and brand awareness among travelers, but “billboards won’t do the trick” to bring local residents into the restaurants, chief marketing officer Simon Turner noted earlier this year.

“They make purchase decisions at home or work, not while traveling on an interstate highway, and TV spots are more effective at influencing how they pick a restaurant,” he said when the commercials were introduced this spring.

In its annual report, Cracker Barrel parent CBRL Group Inc. said advertising expenditures were about 2 percent of the $2.35 billion in 2007 fiscal year sales, and that it expects to spend a similar amount in 2008.

Cracker Barrel’s strategy to lure old customers back to the segment while courting fans of casual dining and fast food got a major endorsement in the fall when the Zagat Survey—which normally rates independent, full-service restaurants in several hundred cities worldwide—named the chain the best in its category when it came to customer service and store design and maintenance. It tied with Red Robin Gourmet Burgers.

This summer, Cracker Barrel is looking to lure patrons with the chance to win a recreational vehicle. The RV is part of a $250,000 prize guests could win by playing “The Greatest Family Road Trip,” which requires contestants to match a license plate number on a game piece with a license plate on an RV on a board game. The promotion will run until July 28.

Glendale, Calif.-based IHOP, which turned 50 this year, is moving into the future with a new sibling, the Applebee’s casual-dining chain; a new parent identity, Dine Equity Inc.; and plans to move into new markets.

IHOP, which has more than 1,300 units, is recruiting franchisees actively in urban and suburban areas, ideally where the iconic orange-and-blue units are nowhere to be seen. The chain recently assigned the entire Washington, D.C., metropolitan area to Tyoka Jackson, a 36-year-old commercial real-estate developer and former NFL defensive end with no previous foodservice experience.

After they successfully pick the guilty server out of a group of restaurant servers, Sirico tells his co-victim, “He can’t harm you no more.” Other commercials highlighting Denny’s menu and service distinctions aired this spring.

In another jab at the growing number of fast feeders extending their late-night hours or adopting a 24-hour format, Denny’s a few months ago rolled out a new late-night menu.

Not to be outdone, Cracker Barrel Old Country Store also is reminding consumers that it is a true family-dining player, especially when it comes to breakfast.

The Lebanon, Tenn.-based chain is running television commercials for the first time since 1998. The new television spots reinforce the more-than-550-unit chain’s broad family appeal and quality products by showing different multigenerational families enjoying their meals at one table. The spots are accompanied by country singer Tracy Lawrence’s 1995 hit, “If the World had a Front Porch.”

The 55-year-old chain, which is based in Columbus, Ohio, has boosted same-store sales with several crowd-pleasing dinner entrées more likely to be found on casual-dinnerhouse menus, officials say. Stir-fry dishes, Italian fare and the continued popularity of the chain’s Deep Dish Dinners, a value player at $5.99, have helped increase traffic at the nearly 600-unit chain.

In addition, advertising has strengthened Bob Evans’ dinner daypart even as it continues to roll out new breakfast products, such as the Country Benedicts, a twist on the classic eggs Benedict.

The chain has also rolled a series of “Knife & Fork Sandwiches” designed to be a dinner daypart menu attraction.

After a heated proxy battle, dissident shareholder Sardar Biglari, chairman of Western Sizzlin Corp., this month wielded his 8.9-percent equity stake in Steak n Shake to win election as its board chairman also.

Meanwhile, Steak n Shake seeks to reverse soft sales by mimicking fast-food marketing hallmarks. This month it was launching tests of several bargains resembling QSR offerings, after debuting a two-for-$2.40 double cheeseburger deal. Beef-based snack wraps and milk shake happy hours are other strategies, as are plans to rechristen the signature Triple Steakburger as the 1934 Burger to build on “core equities”