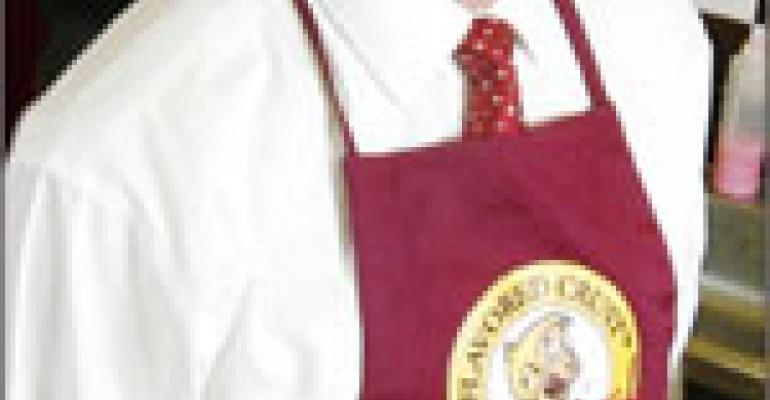 It would not surprise Steve Jackson, president of Hungry Howie’s Pizza, if some marginal operators in the pizza segment were forced out of business this year. “We’re on the verge of a little bit of a shakeout,” he says, blaming high prices for grain and gasoline, not to mention the cost of cheese, which has been “extremely high” for the past 18 to 24 months.

“We’re all struggling with costs,” Jackson says. “It’s been a challenging time.”

That hasn’t prevented the chain, based in Madison Heights, Mich., from continuing to expand. It grew to 574 units in 2007, up from 551 the previous year, and “we’re continuing to open stores,” he says.

In times of “economic challenge,” as Jackson describes the current state of affairs, people are looking for job security, and becoming a franchisee allows them to be their own boss, he says.

Operating a Hungry Howie’s restaurant is “relatively easy to execute,” he adds.

The chain’s point of differentiation is its flavored-crust pizza, which was the focus of cable TV spots in a few markets earlier this year. Units in those markets enjoyed “reasonably good success” as a result of the ads, Jackson says.

Now Hungry Howie’s is expanding its efforts to educate consumers about flavored crust with the recent launch of , which “gives people an opportunity to have a little fun, and it’s not focused on sales,” Jackson says.

In an interview in late 2007, he had said that Hungry Howie’s had lagged in using nontraditional media in its marketing mix, but now the launch of the new website gives the chain a new outlet to “build our brand and create awareness.”

The site allows visitors to suggest new crust flavors, take a personality quiz, and “crustomize” themselves using graphics and photos available on the site or by uploading personal photos.

As Hungry Howie’s focuses on crust, Round Table Pizza, a 500-plus-unit chain based in Concord, Calif., continues its “Pizza Knight” TV spots to position itself as the “heroic protector of quality pizza and family time,” as the chain describes the campaign.

The first spots began airing last autumn, and Round Table recently broke a summer campaign featuring the Pizza Knight character, who wears a full suit of armor. The spots promote the Maui Zaui Pizza and the $6.99 lunch buffet.

The spots, created by Wong-Doody of Culver City, Calif., are light and playful, but Round Table recently found itself in the more serious situation of having to close all seven of its units in the Boise, Idaho, market as a result of soaring prices.

In addition, chief marketing officer Renae Scott left the chain in March. Round Table has not announced a replacement.

Meanwhile, the nearly 600-unit Godfather’s Pizza, based in Omaha, Neb., is poised to implement online ordering for the first time to increase sales. It recently hired online-marketing agency Fishbowl to launch online ordering in 23 units.

New approaches to marketing are essential if smaller, regional chains want to hold their own against the national chains, says Len Kornblau, a New Jersey-based marketing consultant and educator.

“You have to do things differently, and I’m not sure it involves more money,” he says. “You have to spend more intelligently.”

Being different also extends to developing new products that don’t emulate the menu items at national chains, he says.

“I don’t think the smaller chains are very innovative,” he says. “They tend to do a lot of ‘me-too’ types of promotions, whether it’s a specialty pizza or an LTO. They tend to wait and see what everybody else does.”

Kornblau says there’s still room for growth in the pizza segment and that, despite the poor economy, consumers still buy pizza because they consider it a value alternative.

The question is whether they’ll buy it from a relatively large chain or a mom-and-pop pizzeria. Kornblau says most regional chains compete not only with the national brands but with local pizza restaurants as well. When the economy is bad, he says, customer loyalty shifts to the local mom-and-pop restaurants because diners have more sympathy for them as they struggle to stay in business and less sympathy for chains.