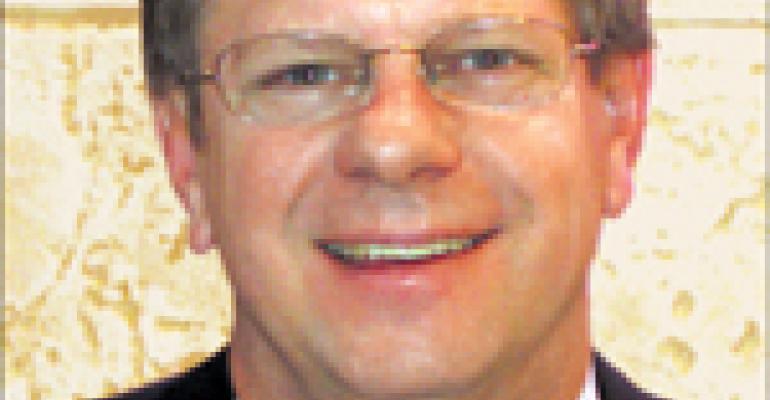 Dave Black has pizza in his blood. A former Domino’s Pizza president and chief operating officer and then a franchisee, he recently joined a smaller pizza company, Toledo, Ohio-based Marco’s Franchising LLC, which franchises more than 150 stores in Ohio, Michigan, Indiana, Arizona and Nevada. The company acquired the principal assets of Marco’s Inc. in January 2004.

Black’s introduction to pizza store operations began while he was a college student in 1972 at the University of Florida, where he managed a Domino’s unit in Gainesville. Deciding to make restaurant management his career, he joined Domino’s corporate office in Ann Arbor, Mich., in 1976. Within two years, he was promoted to regional director for the Southeast, and three years later became vice president of operations. Domino’s founder Thomas Monaghan appointed him president in 1989.

Leaving that post after two years, Black remained a franchisee in North Carolina and South Florida while also realizing his dream of owning the Champion Gymnastics Club in Ann Arbor.

Why did you decide to join Marco’s after having worked for the much-larger Domino’s for so many years?

I like the product, and I like the excitement of the growth potential. I think it can be a national company. I’ve been doing some other things, including owning a gymnastics training center. It was time for a different challenge. Pizza is the nation’s second-largest and fastest-growing food franchise business.

How well do you think Marco’s will compete against all the other pizza players, from strong independents to major chains?

I think the product should separate us from the competition. The dough is made daily, and the sauce is an old family recipe. It’s still a growth industry and will continue to grow. Pizza is a fun, great product, and people really like it.

What are your biggest challenges?

We’re not that well-known outside the Midwest, so we have to break down some barriers. The labor market in general is challenging. Keeping consistency in our products nationwide is important.

What kind of marketing are your franchisees doing in new markets?

Our franchisees are going door-to-door to businesses, getting signs up as quickly as they can and trying to get into school lunch programs and local charity events.

In addition to pizza, what are Marco’s other signature products?

Subs, salads, cheesy breads and chicken wings. There are a lot of combo meals.

What are your immediate growth plans for this year?

We’ll go into 10 new states this year, starting with North Carolina, Wisconsin and Florida. All the new ones will be franchised.

Are you seeing even more interest now from folks who want to become franchisees than you have in the past?

Yes, there are more people interested in becoming franchisees. They want to be their own bosses. There are a lot of people who have been involved with growth companies before in other industries. Marco’s is very selective in choosing its franchisees.