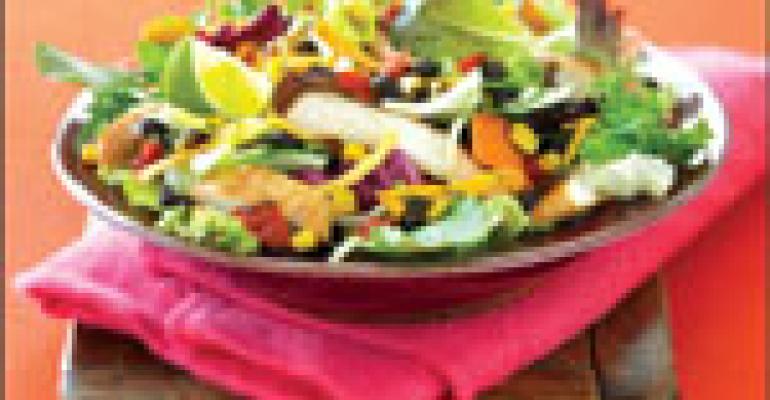 What you are about to read is guaranteed to be the well-thought-out…um…thoughts of an ad critic, a list of the hottest ads of this past year chosen through a combination of subjective standards for what constitutes a hot ad and a detailed quantitative analysis of target markets, strength of the selling proposition, creative content and competitive tactics.

Except the part about doing a quantitative analysis isn’t true.

As you recall, three guys sat around a kitchen table. Each looked curious in a way, considering that one guy had a nose the size of an eggplant, another guy’s mouth was wider than a river—not counting the rivers that have dried up due to drought—and the third had eyes as large as manhole covers.

They’re eating the Cheesy Garlic Pizza, and Big Nose says the aroma is what’s best about it. The guy with the big mouth disagreed, saying the buttery crust was best. They went back and forth until Mr. Wide Eyes said, “Look at the cheese.”

They continued to debate the merits of the pizza, and then the camera cut to a guy mowing the lawn in the yard. “Man, that sounds good,” he said.

His ears were so large that if a breeze came up he’d float away. This spot worked because the product focus never was lost amid the visual humor. JWT New York, which has since lost the Domino’s account, created the ad. Consumers either love or hate the WENDY’S spots featuring people wearing the RED WIG. Blogs are filled with their comments whenever a new ad runs.

That makes the campaign notable for sure, and it kicked off with a bunch of people kicking trees in a forest. A man wearing the wig said, “Wait a minute. This feels all wrong. Just because they’re doing it doesn’t mean I have to do it.”

He means he doesn’t have to be part of the crowd that settles for dry, pre-frozen hamburger patties. He gets everyone to chant “hot, juicy burger” and then leads them to the nearest Wendy’s.

The best MCDONALD’S commercial in ages broke this spring and promoted the SOUTHWEST SALAD.

It was a vibrant ad that opened with a poblano pepper morphing into a dancer with a pepper-colored dress, then a cut to tortilla strips flying across the screen and morphing into yellow-costumed dancers. Next shot: A roasted tomato morphs into a dancer in a fiery red dress. Ready for more morphing? The spot ended with the Golden Arches morphing into two dancers wearing skin-tight yellow outfits who sprang up and bid bye-bye to each other before walking off-screen.

The dancing, voice-over and music combined for a fantastic creative effort. DDB Chicago created the spot.

The best commercial showed Soft Serve—she wore a swirly ice cream getup—coming home, opening the door and finding a trail of waffles leading up the stairs to the bedroom door. “Honey?” she called, then opened the door.

Therein, candles were lit and Waffles lay seductively on the bed, or as seductively as an actor in a Waffle costume can possibly be.

He held up a can of whipped cream.

He put the can to his chest, the camera cut away, and you heard the sound of whipped cream spurting from the can.

Bloggers wondered whether Soft Serve and Waffles were married or just shacking up. Grey Worldwide of New York created the campaign.

DUNKIN’ DONUTS used a number of celebrities in its TV spots this year. The ones with model Naomi Campbell and Kiss guitarist Ace Frehley were amusing, but two better spots were celebrity-free.

One showed construction workers building a house. They hammered, sawed, pounded things, dropped two-by-fours on the ground and sanded walls. The sounds created a pleasant rhythm. The camera cut between the hammering and sawing to show the workers noshing on flat-bread sandwiches and personal pizzas.

“Don’t miss a beat all afternoon,” the voice-over said.

The other spot showed a mother in an SUV picking up her kids from school, featuring a beat provided by seatbelts unzipping, door locks flipping up, doors opening, gym shoes squeaking and gum popping.

Both efforts were more creative than the typical restaurant ad. Hill Holliday of Boston created the spots.