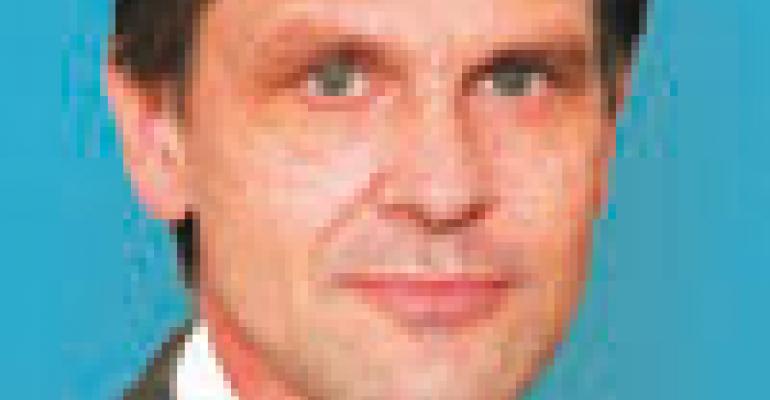 If you’re funny, people will like you and remember you.

I don’t know whether that applies to human beings, but it does to commercials. Of the top five most-recalled and top five most-liked new TV spots for restaurant chains that broke during the third quarter — as tracked by IAG Research of New York — all but one was a humorous ad.

The most-recalled commercial promoted Sonic Drive-In’s cranberry iced tea and featured the “married couple,” a variation of the Sonic spots with the “Sonic guys.”

The couple is in the car with their iced teas and the husband says: “This cranberry iced tea is crantastic. You know who would love this? My crandmother, or your crant Emma.”

The humor is driven not so much by the dialogue as it is by the interaction between the actors. That’s also true of the “Sonic guys” spots.

The ad scored a 197 on the IAG recall index, which means it was 97 percent more memorable than the average new ad for a restaurant during the third quarter. An average score is 100.

A Burger King TV spot tied to “The Simpsons Movie” and featuring Homer Simpson getting stabbed in the eye with a microphone ranked second in recall. Third most recalled was an ad for Red Lobster’s Endless Shrimp promotion, followed by a Wendy’s red-wig ad showing people jumping into a hole in the ground and a Subway ad for Fresh Fit Meals.

The most-liked new ad was a Dairy Queen spot for Hot Dips, in which a man feeds chicken fingers to his dog. The dog then pleads for some dip. It was funny enough to score 148 on the likeability index.

The second, third and fourth most-liked ads were for Burger King. The second-place spot was another movie tie-in, showing an alien zapping a man into Homer Simpson. The third-place ad, for the Spicy Chick’n Crisp sandwich, spoofed a martial arts training session with a hard-kicking chicken. The Homer Simpson spot that ranked second in recall was ranked fourth in likeability.

Fifth place went to KFC for a spot for Extra Crispy Chicken. In that spot, a man proclaims, “This is man’s chicken,” during a barbecue. A little girl proves him wrong, dipping into the chicken bucket and remarking, “Mmm, yummy. Extra crispy.”

The Subway spot that ranked fifth in recall did not feature Jared Fogle, but was one of those ads that poke fun at quick-service chains and their high-calorie food. A man asks his co-workers if they want to order something from “Burger Town,” and a woman orders the “Can My Butt Look Any Bigger” meal.

“The humor is so right on,” said Dan Dahlen, executive vice president of IAG’s restaurant business group. “People can relate to it. That’s what everyone is thinking when they consider using fast food.”

Fogle has been appearing recently in spots with athletes, explaining the nutritious merits of Subway meals, but the eat-right message isn’t as strong as when a man orders “blubber” at a quick-service drive-thru, as depicted in a previous Subway spot.

“It’s nice to be able to create something that is a little bit different and unique for Subway that is resonating with the consumer,” he said.

Dahlen has a simple explanation for why the nonhumorous Red Lobster ad was one of the most recalled.

“It’s the food, and it’s brilliantly shot,” he said.

The lemon being squeezed and the large amount of food in the spot are the visual cues that viewers responded to, he said.

The lesson, I suppose, is that if you can’t be funny, don’t skimp on the food photography.