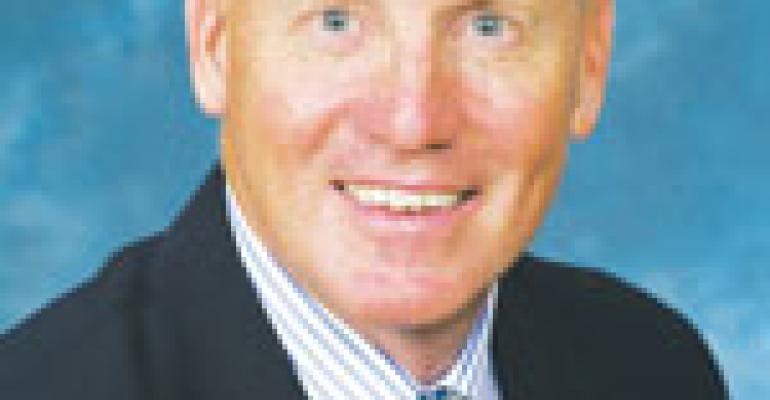 So far, the 21st century has seen a tale of two Burger Kings. The years leading up to the new century carried for the world’s second-largest burger chain unwelcome remnants of two decades of revolving-door leadership, ineffective marketing campaigns, tepid success with new product introductions and a franchise system replete with scores of unprofitable and unhappy owners.

As the brand grasped for any semblance of stability during that tenuous era, its mettle was further tested by a series of ownership changes and mergers amidst its struggle in a torridly competitive segment.

By the early 2000s, the chain had surrendered sizeable chunks of market share to both segment leader McDonald’s and Wendy’s International, which was aggressively muscling its way past a chain that was perceived as stumbling and long past its prime via clever and memorable ad campaigns coupled with value pricing.

But that was then and this is now.

Today, the 56-year-old Burger King brand has recorded six years of comparable-store sales increases and hiked its net unit count by 360 restaurants in 2009–28 percent higher than the previous year and the highest total in roughly a decade. For fiscal 2009, profits, despite the shaky economy, rose 6 percent, to more than $200 million, while systemwide revenues climbed 3 percent to $2.54 billion.

And, propelled by ubiquitous and memorable campaigns featuring the bling-draped Burger King character, exorcised a coven of past marketing demons by being named “Advertiser of the Decade” by Adweek magazine.

“You could probably go back to the 1970s and see the chain had some problems there,” says Charles M. “Chuck” Fallon, president, Burger King North America, who is charged with overseeing the brand’s restaurants in the United States and Canada and is one of the critical point people who helped orchestrate the brand’s reversal of fortune.

“Fortunately for me, when I came aboard the leadership team here was already well positioned,” remembers Fallon, who oversees some 7,500 restaurants. “They had their marching orders and were already sprinting. I remember saying to myself, ‘I’d better keep up, these folks are not sitting around asking questions, they’re doing.’”

The chain augmented impressive 2009 financials with a host of operational and new product initiatives including the debut of its Whopper Bar concept, and an aggressive refranchising and reimaging program.

“The chain has something now that it didn’t before, and that was stability,” says Nicole Miller, who tracks Burger King for the Minneapolis-based investment firm of Piper Jaffray. “He [Fallon] and John Chidsey [BK’s chairman and chief executive] brought over a skill set and related to the franchisees. “Sometimes it’s not only knowing how to flip a burger,” she continues. “They [the franchisees] needed someone in there that was going to stay and they could trust. QSR is a mature segment and they’re in a growth phase.”

Illustrating that point, under Fallon’s tenure, unit volumes have climbed from under the $1 million mark to roughly $1.3 million. “Since joining Burger King three years ago, Chuck has continued to build off platforms that were making the brand operationally more consistent, while at the same time challenge things that we were not doing to make the brand stronger,” says Steve Wiborg, president and chief executive of Heartland Food Corp., a 200-plus-unit franchisee in Downers Grove, Ill. “Many leaders come in with a game plan that worked for them elsewhere, and that’s the only game plan they know. He’s shown and demonstrated the capability to do both.”

Growing up, Fallon learned the intricacies of customer service and retail by working long hours at his father’s auto parts store after school and on weekends.

“I learned a lot, especially how important it was to know what was going on around me in the field,” he says. “That’s why I insist that our management teams spend a lot of time out there. We run 1,000 restaurants and the franchisees run 90 percent of the system. That is our customer.”

At Cendant, he gained crucial franchisee-franchisor skills that later would lay a formidable foundation when making the transition to foodservice with Burger King and its expansive franchise network.

While working in a number of executive posts at Cendant, most recently as executive vice president of revenue generation, Fallon also knew from the Avis-Hertz battles what it was like to chase a behemoth competitor like McDonald’s.

“I hearken back to that ‘We Try Harder’ culture at Avis and it prepared me for the environment here,” he says. “I get a lot of satisfaction working with a team that has their eyes on the horizon and looking for that next win so you have something to shoot at.”

The roots of the Burger King turnaround began roughly seven years ago when a trio of private equity firms including TPG Capital, Bain Capital and Goldman Sachs Capital Partners, bought the chain from then-U.K. parent Diageo for $1.5 billion with a plan to take the company public. The offering was pushed back several times until its 2006 IPO fetched nearly $400 million.

Fallon credits Chidsey, his colleague and mentor while both were at Cendant and the one who lured him to BK, for the genesis of the turnaround, beginning with Chidsey’s building of strong management teams in vital departments like marketing, finance and operations. Chidsey returns Fallon’s leadership laurels.

“His track record of proven business success in leading the complexities of large-scale competitive franchised organizations makes him the ideal leader,” Chidsey says. “Additionally, Chuck leads by example and brings an enthusiasm to his role that motivates his team to generate strong results.”

Fallon says Burger King intends this year to spend roughly $100 million on its North American portfolio as a component of its restaurant refurbishing effort, which has resulted in more than 70 refurbished units to date with another 50 or so on the docket.

Meanwhile, the downscale Whopper Bar concept, which offers as many as 10 different Whopper selections and custom toppings, has complemented its Orlando, Fla., opening with a unit in Munich, Germany and another in the pipeline in Singapore.

The chain also continues to pursue its barbell-pricing strategy, offering both lower and higher priced items. Along those lines, Burger King plans to have its flexible batch broiler equipment in all of its U.S. units by early next year, allowing it to trumpet its “XT Steakhouse” burger, as well as other new offerings such as the ongoing market tests of bone ribs.

“I listened and learned from a lot of people in the system and in the end it helped me help them,” Fallon says.

He adds: “Every year we set the high water mark for ourselves, our employees and our franchise partners. If they’re healthy and making money, then we’re all doing well.”