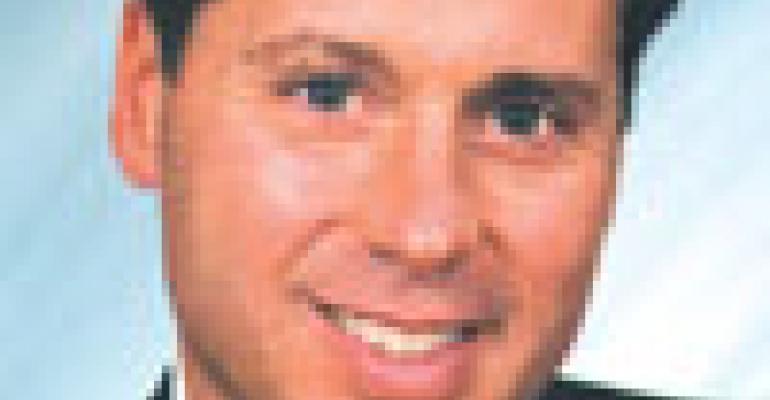 The expected seasonal drop in dairy prices that typically begins in October came all at once in December. The block cheese market dropped 75 cents per pound to close at a five-and-a-half-year low of $1.04 on Jan. 8. That’s 9 cents per pound below government price-support levels. It’s hard to fathom that the U.S. Department of Agriculture will once again be spending taxpayer money to support dairy prices, especially given all the commotion last year surrounding sky-high milk prices and questionable trading practices at the Chicago Mercantile Exchange. The USDA has already committed to buying 111.6 million pounds of milk powder at a cost of $91 million.

Because of transaction and packaging costs there is 5-cent-to-6-cent cost involved with processing cheese for price-support sales to the USDA. With support at $1.13 per pound, that should put a floor under block cheese at roughly $1.07 per pound. Butter prices have fallen to $1.11, down 15 cents from a month ago and 6 cents above price-support levels. Producers say that orders for the year-end holidays were light.

Beef—December’s USDA cattle report showed 11.34 million head on feed, down 6.2 percent from a year ago. November new placements were down 5.2 percent, and marketings down 9.4 percent. These numbers are a microcosm of what to expect in 2009: a tug of war between tighter supplies and softer demand. The 2009 USDA forecast for choice cattle at $94 per hundredweight is up 1.9 percent from 2008 as lower output will slightly outweigh softer demand.

Choice middle meats rebounded in December and look to be higher through spring. Ground beef is the big value item for 2009 that will be getting plenty of promotional activity at the retail level. Rising imports will offset the additional demand only partially. Ground beef prices in 2008 were 11 percent to 15 percent above 2007 prices, depending on the mix, and 2009 should average even higher.

Grain—In its Jan. 12 Supply & Demand Report, the USDA raised 2008-09 ending stocks for both wheat and corn. The USDA left projected 2008-09 U.S. wheat prices unchanged at $6.70 per bushel, while dropping the corn forecast a dime to $3.90. While the report was bearish for grain prices, there are still some bullish factors to watch out for in 2009.

Corn input costs, such as seed, fertilizer and water, are expected to rise by 30 percent this year, and tighter credit markets will make it more difficult to finance those input costs. University of Nebraska statistics put 2009 production costs at $632 per acre for corn, compared with $390 for winter wheat and $235 for soybeans. That favors planting soybeans over corn.

Corn stocks remain historically tight, and acreage will have to increase to provide a cushion against growing issues such as flood and drought and/or an uptick in export sales. Corn futures, which hit record highs of $7.54 in June, crashed to a low of $2.93 in early December as a stronger dollar, the global economic slowdown and the exodus of fund money helped depress prices. Corn futures have rebounded to the $4 range in January.

World wheat fundamentals are bearish. World-ending stocks will soar to more than double year-ago levels. The stocks-to-use ratio will recover to 27.2, up from 13.1 in 2007-08. However, U.S. wheat prices could get pushed higher by foreign importers looking for higher-quality milling wheat. High input costs will also cause some wheat farmers to forego the winter crop to plant soybeans come spring, possibly dropping winter wheat acreage as much as 5 percent below current USDA estimates. Wheat futures, which hit highs of $12.80 in February and lows of $4.57 in December, were in the $6 range in January.

Oil—Projected 2008-09 soybean crush, which yields meal and oil, will be down because of lower demand for soymeal. But the resulting lower soy oil output will be offset by reduced domestic usage for animal feed and smaller exports. In 2009, better oilseed crops in India, China, Ukraine, the European Union and Canada will reduce their import needs while adding significant supplies to the global market. In the United States, smaller numbers of cattle, poultry and hogs mean less demand for feed. The USDA 2008-09 soy-oil forecast is more than 33 cents per pound, down from a record high of 52 cents in 2007-08.

Pork—USDA’s Dec. 30 Hogs & Pigs Report showed a 2.2-percent drop in hog inventory and a drop of 2.4 percent in breeding stock. The Canadian sow herd is projected down 7 percent, and imports will be slowed by new Country of Origin Labeling, or MCOOL, rules. However, expected smaller supplies will be offset by lower demand.

Exports accounted for 20.3 percent of total U.S. pork output in 2008, up from 14.3 percent for 2007. But global recession, higher prices and a stronger dollar will erode exports, dropping foreign sales 14 percent to 4.1 billion pounds in 2009. But that still will be 31 percent above 2007 levels and the second largest export year on record after 2008.

Ham markets were disrupted in late December after Mexico delisted 24 of the 33 U.S. pork plants that they were buying from, killing export numbers at a time when domestic sales were in a post-holiday slump. Ham prices plunged to six-year lows of near 30 cents per pound. Ham markets—USDA, weighted average—rebounded to the mid-40-cent range in January and should be in the 60-cent range for Easter.

Poultry—In the fourth quarter of 2008, both egg sets and chicks placed in the USDA’s 19-state reports averaged about 7 percent below a year ago. Broiler output is projected to fall 3.4 percent in 2009. Reduced output will send broiler prices to 84 cents in 2009, up 5.4 percent from nearly 80 cents in 2008. Prices for breast and wings will be significantly higher in 2009 than in 2008. Only leg quarters will be lower on average next year because of the record-high prices recorded during the first 10 months of 2008.