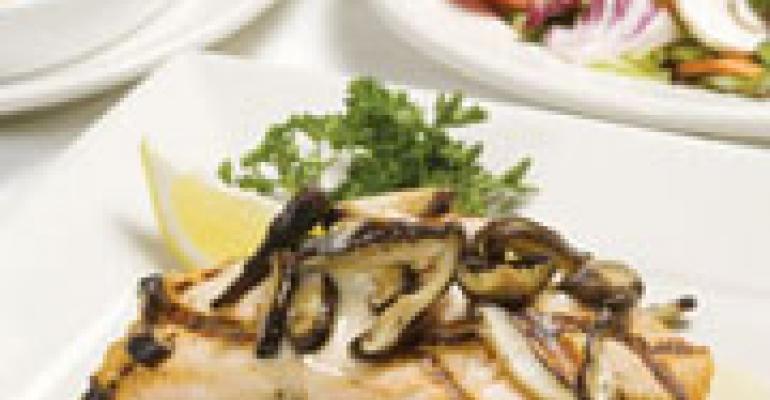 McDonald’s decision to rethink its Dollar Menu underscores the severity of the situation. Faced with both rising costs and skittish consumers, operators large and small are re-evaluating menu strategies as they search for price points that will cover costs without alienating guests.

Nothing is free from scrutiny given the double whammy of the slowed economy and skyrocketing food, energy and labor costs. Operators are reconsidering prices, portions sizes, product offerings and marketing messages as they try to eke out increased profit.

“It’s tough, and everybody knows it’s tough,” said David Brandon, chairman and chief executive of Domino’s Pizza Inc., speaking to investors on a conference call July 22. “First of all, everybody has to take pricing up…and frankly [that] will continue to happen if we continue to see the kind of cost pressures, both in terms of minimum-wage increases and their impact, gasoline prices at the pump, and then all the commodities that drive our stores.”

At Ann Arbor, Mich.-based Domino’s, which operates 515 U.S. stores within the system’s 8,671 units worldwide, an intense focus on pricing is underway after what Brandon called an “irresponsible” reaction among some domestic operators who raised menu prices to the detriment of traffic. Systemwide U.S. same-store sales fell 5.4 percent for the second quarter, which reflected a drop of 1.1 percent at corporate stores and 5.9 percent at franchised units.

“The good news is [franchisees have] maintained the margin they would like to have,” he said. “The bad news is they’ve priced the product beyond where the customer is willing to pay.”

In addition to re-evaluating its pricing structure, Domino’s also is trying to increase lunch service and promote its value-oriented, 10-inch pizzas for $4. The company also is testing a line of premium pizzas and oven-baked sandwiches.

“Quite frankly, this year we went into the year assuming it was going to be $55 million [in commodity cost increases],” said chief financial officer Rick Carucci. “It ended up being $100 million in the U.S., and we got a little bit behind on pricing.”

The franchisor of Taco Bell, Pizza Hut and KFC said it would emphasize its dual-pricing philosophy, which focuses both on value items—like Taco Bell’s “Why Pay More” menu centered on 79-cent, 89-cent and 99-cent items—and premium offerings like Pizza Hut’s Tuscani Pastas.

At Oak Brook, Ill.-based McDonald’s, officials said the chain’s Dollar Menu, which accounts for about 14 percent of all sales, would be revamped to provide increased profitability. The company did not reveal whether prices would be adjusted, items would be replaced or both would occur. The Dollar Menu, and tests of a $1 double cheeseburger, had prompted franchisees to complain that while guest traffic was strong, profit growth was next to impossible because sales of the lower-priced items did not cover increased operating costs.

While many chains are reluctant to discuss proprietary pricing philosophies, Panera Bread Co. outlined last month its recent strategies, which resulted in a year-to-year price increase of 5.5 percent for the second quarter and expectations for a 6.5-percent year-to-year price jump in the current third quarter. Many analysts have labeled the strategy “aggressive.”

Panera said it has seen no meaningful deterioration in traffic even with staged menu price hikes that started nine months ago. In addition to price increases, Panera has highlighted on menu boards higher-priced and higher-margin items. Its latest move was to raise the price of signature bagels to $1.25, while the nonsignature bagels remained at 99 cents. In September, Panera plans to raise menu prices across the board by another 1 percent.

Richmond Heights, Mo.-based Panera, which operates or franchises more than 1,200 bakery-cafes, said it has shifted its focus toward gross profit per transaction rather than sales per transaction.

Outside of the quick-service and fast-casual segments, which already benefit from their lower pricing as consumers trade down from higher-priced restaurants, pricing decisions can become a bit more challenging, operators say.

P.F. Chang’s China Bistro Inc. said it would not raise prices at its namesake or Pei Wei Asian Diner brands during the next 18 months. Darden Restaurants Inc., which operates such casual-dining brands as Red Lobster, Olive Garden and LongHorn Steakhouse, also said it would not raise prices so that it can continue providing value to customers. The Cheesecake Factory recently completed a comprehensive pricing and consumer study and decided to raise menu prices by just 1 percent this fall.

At Grill Concepts Inc., parent to the high-end Daily Grill and The Grill on the Alley chains, a review of menu mix and value pricing led the company to introduce last month a Recession Buster menu with a set price of $24.95. The menu includes three-course dinners with a soup of the day or a choice of mixed greens or Caesar salad; such entrées as filet mignon with a blue cheese herb crust, grilled salmon with sautéed spinach, pan-seared trout amandine or spinach salad with blackened shrimp; and a hazelnut Kahlua crème brûlée, which can be substituted for a glass of wine.

“We’ve tried as hard as we can to not take price increases,” said Philip Gay, Grill Concepts chief executive. “We look for ways to reinvent and maintain value.”