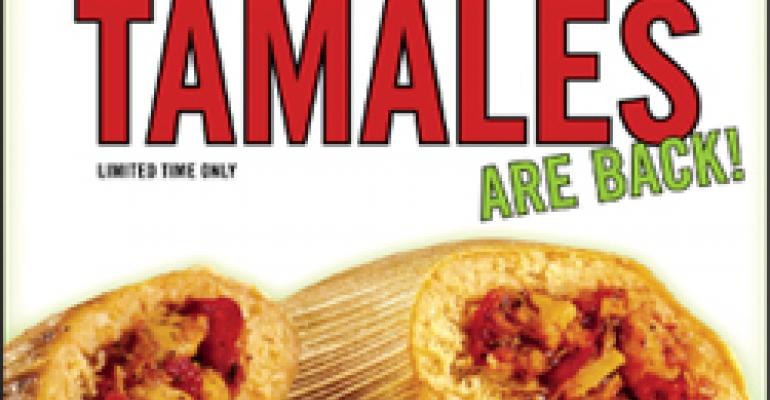 At a time when many restaurants are scrambling to develop fresh and innovative ways to snag customers, a number of chains continue to look to their tried-and-true promotions to spark a quick boost in sales and customer traffic.

It’s not as if Lobsterfest is Red Lobster’s only promotion or that Rock Bottom Restaurant & Brewery doesn’t promote anything other than its Fire Chief Ale Celebration. But those promotions—and the annual events that other chains have found profitable—are mainstays that keep the brands squarely in the public eye and boost short-term sales.

Rock Bottom Restaurant & Brewery, a 31-unit chain based in Louisville, Colo., has evolved its Fire Chief Ale promotion—which celebrates its 11th anniversary this year—into a food-and-beer event that acts a menu-testing program.

Rock Bottom added a special promotional menu about four years ago, which has increased customer traffic for the event, said Marilyn Davenport, director of marketing and corporate public relations.

During the first week of the current promotion, which began March 14 and was scheduled to end April 1, same-store sales were up 6 percent, Davenport said. Rock Bottom generally sees a 3-percent to 4-percent increase in sales during the promotion, she said, making it the strongest of the three national promotions the chain holds each year.

Since food was added to the event, two burgers from previous promotional menus sold so well that Rock Bottom added them to the permanent menu and now uses the promotion as a testing platform, Davenport said.

Among items on the current menu is a Fireman’s Brisket Plate, which has “really taken off,” she said. The chain is considering adding it to the fall menu.

“It’s been a great enhancement to have a beer and food coupling,” Davenport said. “Plus it allows us to showcase our food.”

The flagship promotion raises money for local fire departments or the charities they designate. More than $100,000 has been raised since the first promotion, which began as a way to showcase the chain’s handcrafted beer.

El Pollo Loco, based in Irvine, Calif., has promoted its Chicken Tamales during the Christmas holiday season for more than 10 years. The goal is get people into the store to buy other, higher-priced meals in addition to the $1.79 tamales, said chief marketing officer Karen Eadon. “We view the tamales as a supplement,” she said.

Last year, as the 360-unit chain promoted tamales as a hook to get customers into the restaurant, it also promoted its new gift cards and catering service.

Tamales are offered only during the holidays because “they are a very traditional Christmastime product, especially among Hispanic customers,” Eadon said. “And from a marketing standpoint, it makes it a lot easier to market them because there’s pent-up demand.”

The 23-unit California Tortilla, based in Rockville, Md., is known for its quirky promotions, among them Pop Tart Day, when every customer gets the snack free, and Jungle Noise Day, when customers make jungle noises to win menu items. Both promotions are more than 10 years old.

The chain compares sales on promotion days—always a Wednesday—with sales for the same day during the previous six weeks, and “there’s always a spike,” said restaurant co-founder Pam Felix.

Some units generate sales increases of 25 percent or even higher during the promotions. Overall, “10 [percent] or 20 percent is within the realm,” she said.

California Tortilla promotes the events to 40,000 people who have signed up to receive e-mail blasts, Felix said, and the recipients forward them five to 10 times.

IHOP, the 1,302-unit chain, based in Glendale, Calif., saw first-quarter same-store sales rise 5.1 percent this year, due in part to its All You Can Eat Pancakes promotion, which ran from Jan. 2 to Feb. 18. Overall, IHOP has been increasing its customer traffic, and the promotion “has been part of that success without a doubt,” said Patrick Lenow, IHOP’s director of communications.

Most customers who participate in the promotion order more than pancakes, he said, and often choose to order higher-priced combo meals. Menu handouts list the available combo choices.

This is the third year IHOP has run the promotion, and the second year that it has offered a companion promotion on National Pancake Day, when it gives away short stacks of its signature buttermilk pancakes and raises funds for charity. Lenow said IHOP believes it can make that promotion an annual tradition, but it doesn’t want to go overboard with pancakes as a promotional focus.

“We don’t want to dilute the value of our signature item,” he said.