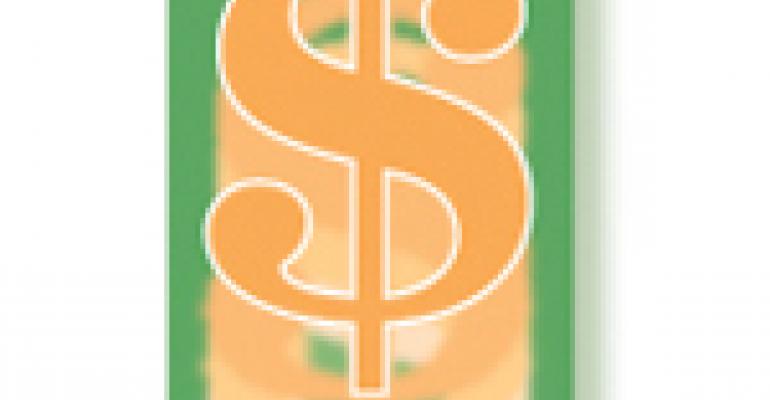 NATIONAL REPORT The negative sales trends many restaurant companies reported in February have continued into March - not only because of winter weather, but also because of weaker consumer confidence, analysts said - and have led to first-quarter top line and bottom line misses at some restaurants chains.

The industry remains split, however, between healthy quick-service brands that are benefiting from consumers' attraction to new menu offerings and lower prices, and the weaker casual-dining segment that has been suffering from reduced traffic for more than two years.

Bakery-cafe operator and franchisor Panera Bread Co. was one of the many companies that blamed "extreme weather" for reduced same-stores sales and weaker margins at its namesake chain. The company said it expects first-quarter, per-share profit to come in "at or modestly below" prior projections because of the weaker-than-expected results.

The Olive Garden, however, was able to buck the negative casual-dining trend and record a same-store sales gain of between 3 percent and 4 percent for March, helped by increased menu prices and a minor uptick in traffic, it said. Olive Garden has been one of few dinnerhouse brands able to ride out the casual-dining storm.

With other dinnerhouse chains still posting reduced sales numbers, most analysts predicted continued difficulty for the sector, especially for the just-ended first quarter. Plus, should gas prices escalate this spring and summer like last year, the second half of the year also could prove challenging in the face of tightened consumer spending and reduced confidence.

At P.F. Chang's, same-store sales decreased 2.5 percent for the 13 weeks ended April 1, despite a 2-percent to 3-percent menu price increase, the company reported. Monthly same-store store sales fell 2.9 percent, 1.6 percent and 3.0 percent in January, February and March, respectively. The company said it would release full corporate earnings for its first quarter on April 25.

At OSI Restaurant Partners, first-quarter systemwide same-store sales fell 0.5 percent at Outback, 1.3 percent at Carrabba's Italian Grill, 0.7 percent at Bonefish Grill, and 2.1 percent at Roy's. At the company's most upscale brand, Fleming's Prime Steakhouse & Wine Bar, same-store sales rose 3.3 percent. OSI operates or franchises 1,440 restaurants throughout its multi-brand system, and will hold a shareholder meeting next month for a vote on its pending $3.2 billion going-private buyout.

Darden Restaurants Inc., parent to 1,450 restaurants under the Red Lobster, Olive Garden and other chains, said same-store sales at Red Lobster fell about 3 percent for the five weeks ended April 1. The result reflected a 5-percent drop in traffic and a 2-percent increase in check average, the company said. Darden also noted that Red Lobster's Lobsterfest promotion started earlier this year, and negatively affected the month's comparison to last year by about 1 percent.

The company estimated that severe winter weather, especially in the Midwest where about 35 percent of all corporate units are located, lowered same-store sales by about 1 percent.

The negative same-store sales "have a significantly higher impact on earnings given the inability to rapidly reduce food and labor in the face of inclement weather," the company said. It now expects its per-share earnings to be at or below its 47 cents to 50 cents per share target for the quarter. That result would be flat to slightly up from year-earlier per-share profit of 47 cents. On average, securities analysts had expected profit of 48 cents per share, according to Thomson Financial.

Full first-quarter results are expected on April 24 from Panera, parent to a system of about 1,029 bakery-cafe locations.

On the quick-service side, Wendy's posted same-store sales gains of 3.8 percent at U.S. corporate restaurants and 3.7 percent at domestic franchised locations for its first quarter.

Wendy's has posted 10 consecutive months of positive same-store sales since the second quarter of last year, the company reported. Its turnaround has been driven by a "new menu management strategy" that enabled the chain to introduce new products on a consistent basis, it said. The company said it plans to release full first-quarter financial results on April 25.

At CKE, same-store sales increased 1.2 percent at Carl's Jr. and 2.9 percent at Hardee's for the four weeks ended March 26. The company operates about 3,105 restaurants.

Quick-service leader McDonald's Corp. is expected to release March same-store sales on April 13. Most projections from securities analysts point to a strong month for McDonald's, with results up between 3 percent and 4 percent from a year earlier.