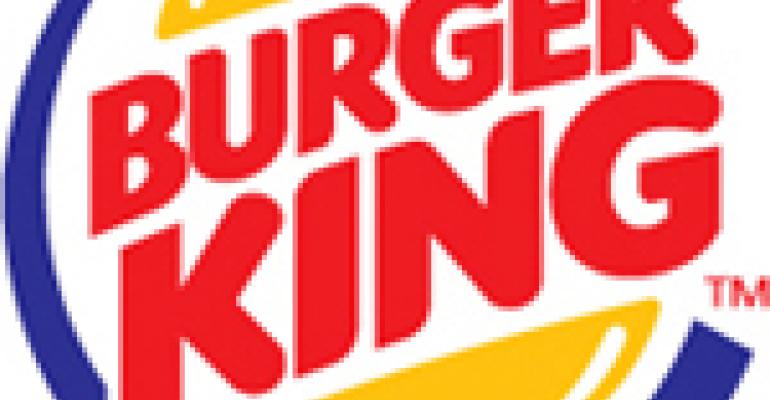 Controversy over whether animals are being raised humanely for human consumption has escalated with a pledge by Burger King to phase in purchases of pork and eggs for its breakfast sandwiches from suppliers that do not confine pigs and chickens in crates or cages.

Burger King also indicated that it would favor chicken suppliers that use a gassing technique for slaughter instead of electric stunning, a method known to require that the live birds first be hung upside down on conveyors.

The Miami-based brand owner, whose system of mostly franchised restaurants has more than 11,000 branches worldwide, said it intended to boost the proportion of humanely raised pork and eggs to 20 percent and 5 percent, respectively, by the end of 2007.

“We would like to increase those percentages and double them over the next year, but you have to have the product, and it has to be competitively priced,” said Steven Grover, vice president for food safety, quality assurance and regulatory compliance. The chain purchases approximately 40 million pounds of eggs and 35 million pounds of pork annually for its North American restaurants.

Burger King’s policy change—first disclosed by two animal-welfare advocacy groups, the Humane Society of the United States and the People for the Ethical Treatment of Animals—came just days after chef-restaurateur Wolfgang Puck revealed that his 139-unit company would adopt similar policies for all the meat it uses in its catering, fine-dining and fast-casual operations.

Although little demand for humanely raised meats had been heard from Burger King patrons previously, Grover said that “an unprecedented number of customers” have contacted the company with supportive and appreciative comments since the policy change came to light.

Grover said BK’s costs were expected to rise after contract negotiations were completed but that menu prices would not. However, Burger King expects any cost difference to diminish as supplies increase with demand.

Other smaller chains that have made similar pledges regarding the avoidance of eggs from cage-confined hens include Ben & Jerry’s of South Burlington, Vt., and 39-unit Burgerville U.S.A. of Vancouver, Wash.

About 100 school foodservice directors and several independent restaurateurs also have joined the unofficial campaign against cage-produced eggs, said Paul Shapiro, an official of the Humane Society.

Supplies of crate-free pork are expected to become more widely available as a result of a decision earlier this year by the reputed world’s largest pork processor, Smithfield Foods of Smithfield, Va., to phase out sow gestation crate confinement over the next decade.

Although none of Burger King’s primary competitors has made similar purchasing commitments, McDonald’s and Wendy’s both have indicated that they are studying the issue.

Bob Langert, vice president of corporate social responsibility for McDonald’s, said the chain’s suppliers, including Smithfield Foods, have led the way in the industry toward implementation of “best practices” in animal welfare.

Wendy’s spokesman Denny Lynch said Burger King does not have exclusivity in such purchases because all major burger chains’ suppliers are connected.

“The animal welfare issue is on the radar screens of every restaurant company and every food manufacturer,” he said.

“We learned we could purchase some portion of cage-free eggs, and we talked to a number of suppliers about sow gestation crates,” he said. “We felt it was something we could do.”

Despite the trend toward cage-free production, egg industry representatives say the cages used by most producers are humane. Just 2 percent of the eggs produced by members of Atlanta-based United Egg Producers, which claims to represent about 90 percent of the nation’s egg producers, are considered cage-free, a UEP spokesman indicated. The remaining 98 percent of laying hens are raised via “modern cage production” methods approved by the UEP’s animal welfare program.

“Beyond that number, hens get aggressive,” the spokesman said.

Ron Kean, a poultry specialist at the University of Wisconsin-Madison, said that caging hens is a humane practice and that producers had moved to that method in the 1960s to protect hens from predators, disease and each other.

Eggs from cage-free producers cost slightly more than those from conventional suppliers.

However, quality issues are factors in the widespread use of crates to raise pigs, said Tom Crenshaw, an animal-sciences professor at the University of Wisconsin.

“Why would producers pay more for stalls if they were not convinced it was better?” he said.

Crate confinement allows producers to more exactly meet the pigs’ nutrient needs and can eliminate potential abuse by other pigs, he said.

“It’s true that the animals can’t turn around, but whether they have a need to do that is difficult to prove,” he said.

However, Temple Grandin, an animal-sciences professor at Colorado State University in Fort Collins who serves on the animal welfare advisory committees of Burger King, McDonald’s and Wendy’s, disagreed.

“I think the industry needs to get rid of sow stalls,” she said. “If [the pigs] can’t turn around, that crosses an ethical line.”

The National Pork Board, however, has not taken a position on the best type of housing for sows and does not oppose BK’s new policy, said spokeswoman Joy Johnson.

“Burger King is a valued customer, and we respect their right to decide what’s best for their business,” she said.