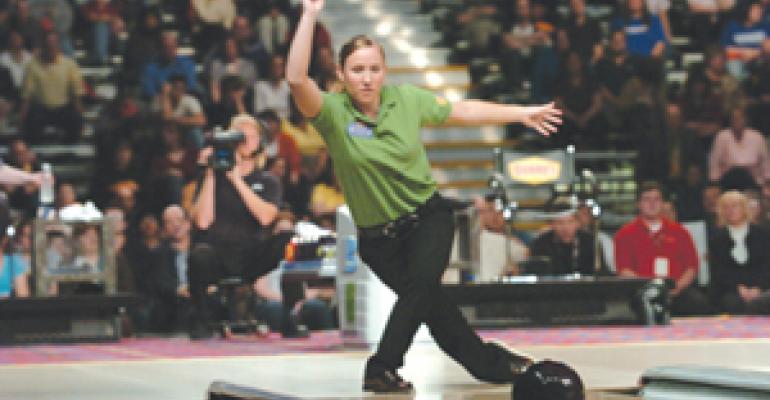 Burger King Corp. and Denny’s are tapping into the popularity of high school sports by using national sponsorships to give their brands more visibility among teens and families.

Miami-based Burger King will be the primary sponsor of two high school football events: the Kirk Herbstreit Ohio vs. USA Challenge III in September and the ESPNU High School All-American Game in January.

Denny’s, based in Spartanburg, S.C., sponsored its first All-American High School Championships bowling tournament in March and plans to sponsor a second one next year.

Restaurant chains have sponsored local sports events for years, but the efforts by Burger King and Denny’s give them a national platform to promote their brands.

McDonald’s Corp. has done that for 30 years with its All American High School Boys Basketball Games, and Wendy’s International Inc. launched the Wendy’s High School Heisman Award in 1994 to honor student athletes from around the country.

High school football is more popular than professional games in some markets that do not have an NFL team, Klein said, and because of media coverage, the “Friday Night Lights” TV show and other factors, high school football “is now poised to take the national stage.”

The Kirk Herbstreit challenge, named for the ESPN college football analyst who created it, is a series of 11 games broadcast on ESPN and the NFL network. The ESPNU All-American game will be broadcast Jan. 5, 2008, on ABC. The day before, ESPN2 will broadcast the Burger King Skills Competition.

Burger King plans to promote the events beforehand with a multimedia campaign and aims to be “very aggressive” with advertising during the games, Klein said.

“You won’t be able to see those games without knowing they’re brought to you by Burger King,” he said.

The chain doesn’t expect the sponsorship to be a “seismic event” in terms of generating short-term customer traffic and sales, but it will boost brand awareness over the long term, Klein said.

The first Denny’s All-American High School Championships was held in conjunction with the chain’s sponsorship of the PBA World Championship. Twenty-nine teams competed, and the finals were broadcast in April on ESPN.

“It went really well,” said Michael Polydoroff, director of sales promotions and licensing for the nearly 1,600-unit chain. “We were so thrilled that we have committed for year two. A property like bowling benefits from Denny’s involvement. We can bring national attention to this as a legitimate sport.”

Schools in states with varsity-level bowling programs are eligible to enter the tournament. Sixteen states have varsity programs for males, and two have female-only varsity programs. Students have to achieve certain academic and community-involvement standards to participate.

“We wanted to show that the program has substance and that we are looking for all-around academic and student leaders,” Polydoroff said.

Denny’s goal is to get high schools in more states to offer varsity-level bowling, he said.

“We can use [the tournament] as a marketing tool and say, ‘Look at this event that you’re missing out on,’ ” Polydoroff said.

The tournament also is a way for Denny’s to be included in the consumer “consideration set” of restaurant choices, as Wendy’s and McDonald’s are through their high school programs, he said.

“A lot of [students] understand marketing and how to market themselves and the value of sponsorships and brands,” Polydoroff said.

U.S. students between 12 and 19 years old have $179 billion in spending power and understand that when brands sponsor an event “they know they’re being sold something,” said Samantha Skey, executive vice president of strategic marketing for New York-based Alloy Media + Marketing.

“They aren’t upset that advertisers are approaching them, but they know it’s advertising,” she said.

Reaching teens through traditional TV advertising is getting more difficult because “it’s a less-efficient buy than ever before,” Skey said. Marketers need to target them with messages “crafted to the young-adult mind-set,” she said.

Sports and entertainment events are “passion points” among teens because of the strong enthusiasm they have for both, and sponsorships built on them can effectively reach teens, Skey said.

“It seems to often work as a quick and easy way to associate a brand with something young people respond to,” she said. “It’s a shortcut to ‘cool.’ ”

Even though teens are more sensitive to marketing than their predecessors, they’re not more cynical about it, Skey said, and they don’t get tired of marketing by brands that appeal to them.