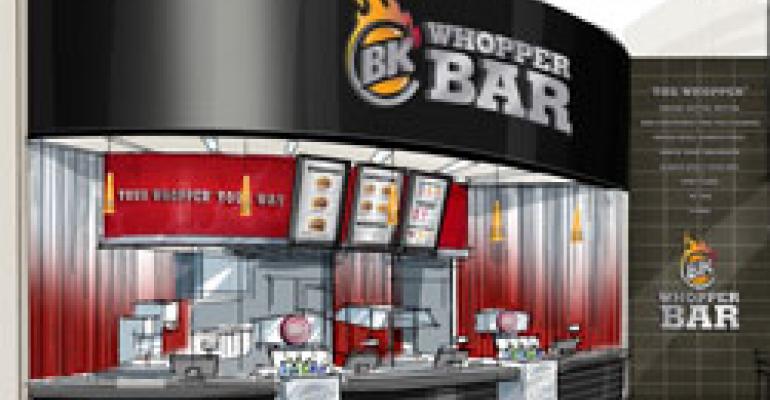 Burger King first announced the Whopper Bar concept in March and has described it as a smaller, hipper and more interactive version of its traditional restaurant. A Burger King spokeswoman said the chain plans to open several more Whopper Bars six to 12 months after the first unit debuts in Orlando, but she wouldn't specify future locations.

At about a third to half the size of a typical Burger King, the Whopper Bars will be designed to go into locations where full-sized restaurants may not fit, such as airports or casinos, Burger King said. The CityWalk in Orlando is a 30-acre dining, shopping and entertainment complex near three of the city's theme parks, including Universal Studios.

The Whopper Bars will offer several versions of the chain's signature sandwich, with a "Whopper topper area" where customers can customize their orders, Burger King said in a statement on Tuesday. The special Whopper offerings will include such versions as the Angry Whopper, the Western Whopper and the Ultimate Double Whopper, Burger King said.