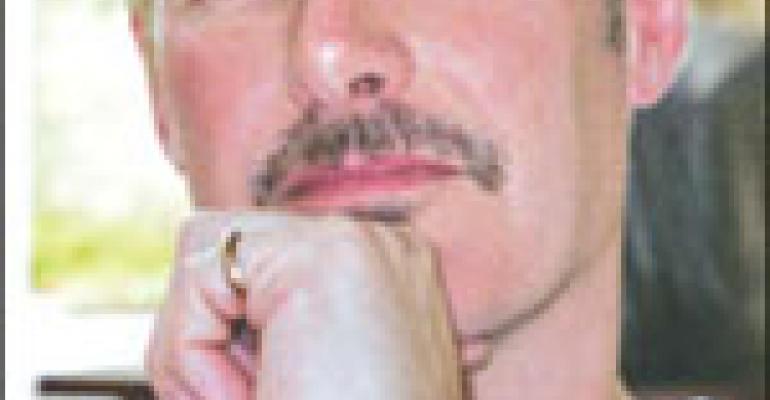 On Beverage: Mixologists possess an overlooked cocktail ingredient in their wine cellars

If there is a final frontier in cocktail creation, it involves not kitchen ingredients, Asian spices or molecular manipulations. No, the last taboo at the bar is something ancient, unfailingly familiar and instantly recognizable.

Sure, Champagne cocktails have been around forever, and Port is hardly unknown as an ingredient itself, but from Aligoté to Zinfandel, still wine—both red and white—remains virtually untouched behind the bar, aside from being served by the glass and bottle, of course. And summer sangrías aside, most oenophiles would say that’s the way it should stay.

Luckily, H. Joseph Ehrmann is not an oenophile. Or if he is, he’s a very open-minded one.

Proprietor of Elixir in San Francisco, the man known simply as “H” began playing with wine mixes earlier this year and has developed a seasonal selection of wine-based cocktails for his bar. From his perspective, the taboo on using wine in drinks simply doesn’t make any sense.

“When you look at complexity and such, wines are as viable a base for cocktails as is any spirit,” Ehrmann says, adding that once they shelve their misgivings, bartenders can find some surprisingly familiar tastes in wine. “With Chardonnay, for example, you can play off the oak, the buttery flavors, pear, apple…some of the same flavors you get in spirits.”

That said, Ehrmann admits that he’s not about to go too extravagant with his wine mixes: “If you’re mixing higher-end wines, like higher-end spirits, you’re going to get greater complexities. But at the end of the day, you’re looking for something fun and drinkable, so you’ve got to ask yourself if it’s worth [the expense].”

Explaining that his approach to cocktails is firmly rooted in the culinary world, where new dishes come as a result of novel and fresh approaches to cuisine, Ehrmann says he mainly worked with dessert wines, sparkling wines and some organics when he first approached the idea of wine-based cocktails. Now, however, he sees the field as wide open for just about anything.

“If I have a $6 bottle of Chardonnay and I’m trying to find some citrus notes or some oaky notes, then that’s what I’m going to mix with my gin or whatever,” Ehrmann says.

Other flavor notes to look for in different wines include tangy citrus and herbal notes in Sauvignon Blanc, ripe cherry or plum in Merlot, herbaceous green pepper notes in young Cabernet Franc, peach and apricot in Viognier and overripe red fruit in Zinfandel. Used carefully, such varietals can add not only flavors, but also wonderful aromatics and, in the case of the reds, dramatic color to cocktails.

And there is no reason to be wary of mixing spirits and wine, says Ehrmann, noting that in some cases it’s as easy as finding harmonies between the fruit in the wine and the flavor of the spirit. Speaking of his “Yuletide Moon,” Ehrmann says that the particular Merlot he was using had “delicious cherry flavors and slight oak to it, so I focused on those as the building blocks of the cocktail, a riff on a classic Sangaree. Cherry and bourbon are a natural pairing for me, so I decided to cut the drink with bourbon, which blends superbly with the Merlot.”