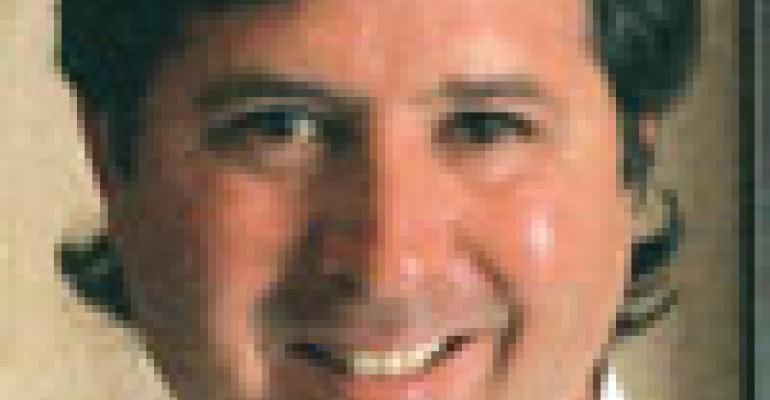 The dual-concept operation headlines the dining options of the luxury Beachside Resort & Conference Center that opened last October with Van Aken as partner and creative director. Adjacent seating areas, dubbed Tavern and Town, each are served by a different side of the rectangular exhibition kitchen. Tavern, with 120 seats and a check average of about $45, is the more casual of the two, showing Van Aken’s hand with steak, seafood and globally inspired fare. Town, with 55 seats, a 16-seat private dining room and an average check of about $100, celebrates the New World Cuisine that he has made famous over the past three decades. Van Aken estimated a first-year food and beverage volume of “somewhere under $10 million” at the resort, including revenues from banquets and a poolside bar.

It’s a homecoming for Van Aken because it was in Key West in the early 1970s that he began exploring the region’s culinary styles, as well as a new career chapter. The 1997 James Beard Award-winning chef shuttered his Norman’s Coral Gables last summer after 12 acclaimed years to focus on Key West and a namesake restaurant in Orlando, Fla.

“I wanted a beautiful kitchen where the chefs would be fully on show,” he said of his new venture. “But mostly, I wanted a dynamic that would allow people to use the restaurant in lots of different ways.”

Thus, in addition to his trademark style of high-end dining at Town, Tavern offers some of the informal fare he cooked in his early career, everything from hamburgers to artisanal pizzas and conch chowder.

Answering Van Aken’s call for a kitchen that is both aesthetically pleasing and functional was Jeff Brown, vice president of hospitality design for Inman Foodservices Group in Miami.

“It was very challenging,” Brown said of the plans that initially called for two separate kitchens and restaurants, subsequently changed to a single kitchen to reallocate space.

At the heart of Brown’s $750,000 exhibition kitchen are two cooking lines placed back to back. The arrangement resembles an island-style cooking “suite,” a collection of equipment pieces built into a single unit. The advantages are space efficiency and improved ergonomics, because cooks access the equipment on all sides.

The visual and functional nexus of the kitchen is an L-shaped counter where cooks assemble plates and servers pick them up.

“The side visible to the public is attractive millwork,” Brown said. “It looks like a big wooden table to them, but on the other side are heated plate cabinets, undercounter refrigeration and ice cream drawers.”

Equipment is placed to give guests in both dining areas a view of the open kitchen’s cooking action. Tavern patrons get the most sizzle and flame, with two six-burner ranges and a Spanish plancha and wood-burning grill in plain view. The show is more restrained on the Town side, where they see the pizza oven and a glimpse of the wood grill.

“It’s a fine-dining venue, so you don’t want to overpower it,” Brown said.

The preferred apparatus for cooking meats is a J&R wood-burning grill, equipped with a movable cooking grate that adjusts the temperature.

For fish, Van Aken took a cue from the Spanish influence in world cuisine and installed a Spanish plancha by Jade, a flat, polished steel surface that can sear multiple portions at once.

“A lot of us have been to Spain in the last decade and seen the Spanish chefs working on the plancha,” Van Aken said. “Anybody looking at it would think it was a pancake griddle, but it’s much thicker and much hotter. It creates a beautiful sear on whatever you put on it. I liken it to your grandmother’s black cast-iron skillet on steroids.”