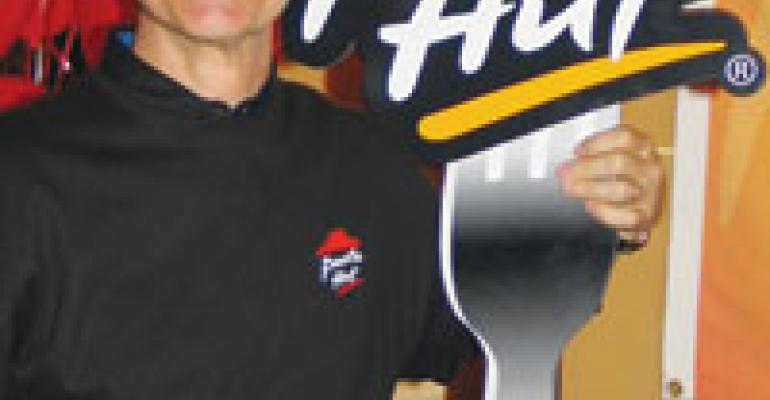 CREAMY CHICKEN ALFREDO BAKED TUSCANI PASTA from Dallas-based Pizza Hut —A family-size portion for four with breadsticks and priced at $12.99 in Lawrenceville, N.J.

Au Bon Pain has rolled out a wide array of new items this year under the direction of executive chef Thomas John, including a HAZELNUT MONKEY BREAD, Chocolate Wheat Croissant.

LIGHTEN UP! A menu featuring salads and sandwiches that run between 188 and 563 calories from Deerfield, Ill.-based Cosí. The salad section features Cobb Light and Bombay Chicken Light with grilled spiced chicken breast, roasted red peppers, cucumbers, red onion, tomatoes and fat-free balsamic dressing. In Center City Philadelphia the salads are between $6.99 and $7.19. The sandwiches, such as Hummus and Fresh Veggies with red onions, tomatoes, cucumbers and basil, sell for $5.99 to $6.59 at the same location.

Orlando, Fla.-based The Capital Grille is offering a $1,000 SHARE OUR STRENGTH MARTINI made with citrus vodka, orange liqueur, lime and cranberry juice. It is garnished with a white topaz and diamond bracelet. This limited-time offer was rolled out Nov. 24 and is scheduled to run until Jan. 3 at all 34 locations. All profits from the martini will benefit Share Our Strength in its ongoing effort to end childhood hunger in America.

TWISTED CHIP APPETIZERS are the new signatures for the Nashville, Tenn.-based O’Charley’s casual-dining chain. The $6.79 dish features two large baking potatoes, each finely sliced into a single long chip. The two are twisted together, fried, and topped with a flavoring. The core menu item is a Southwestern Twisted Chip, finished with cheese sauce, pico de gallo and cilantro, but the chain also features the Buffalo Twisted Chip as its first line extension. That item is topped with blue cheese and spicy Buffalo sauce.

Denny’s introduced its ALLNIGHTER AND ROCK STAR MENUS, available between 10 p.m. and 5 a.m. Among the items featured on the menus are The Hot N Cold, a cherry-chocolate cappuccino; Potachos, potato chip nachos; Sweet Ride Nachos with dessert toppings; and a Plain White Shake made with vanilla ice cream, a piece of cheesecake, whipped cream and white-chocolate chips.